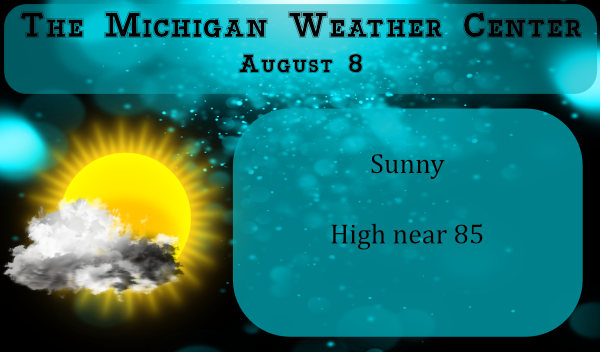 The warmest August on record here in Grand Rapids. August 1947 was a very warm to hot month all across Michigan, it was the warmest or a top 5 in almost all locations. What kind of stood out about August 1947 was that June the departure at Grand Rapids was -4.4° and July’s departure was -3.4. But There has been some talk on how hot last month was. Well this week I am going to take a closer look at while August 1st was on the cool side with a high of 76 and a low of 48. Things sure changed after that. On the 2nd the high still was not too bad with a high of 85 but then on the 3rd it reached 92 and on the 4th it was 94. Grand Rapids then seen two days in a row of 100 on the 5th and 6th  There was one high of 98 on the 24th and it reached 97 on the 18th 19th and 20th there were two highs of 96 and one of 95 and two of 94. All told there were 17 days of 90 or better. From August 2nd to September 14th there was only one day that the departure was below average. And only 2 days that did not reach at least 80. However in that September on the 22nd the low fell to 34 and then to 33 on the 24th and the first freeze happened on September 25th with a low of 29 and lows of 30 were recorded on the 26th and 27th and lows of 36 and 32 were reported on September 29th and 30th Another low of 28 was recorded on October 1st Now get this.  Starting on October 2nd a true Indian Summer started with much above average temperatures lasting until November 7th Talk about a roller coaster ride of up and down temperatures.

Sure is NICE to See Bill STEFFEN back in studio on Tv 8.
Although I enjoyed his man cave/basement feeds with his Cats.
Bill just said Monday IS the Best shot we have severe storms….
I’ll be here racking tracking and stacking..IF my computer / mini iPad problems persist. LOL…just a heads up or a warning depending on How ya look at it.

Thanks for the forecast!

Good SONday Morning….Old Friend.
My IPAD mini kinda blow UP on US ,,,,So No FB ,,,Ect.
BUT never Fear The 100th off the LINE of The FIRST Apple IPAD.
Is still Ticking,,, which has NO FB So Ya are stuck with me for awhile .Hope I make Everybody SMILE. We ARE overdue for GOOD STORMS here in Alllendale . Home of thee YARDofCUES.
Hence.,.,Stay CUED,,,,:-)

How about them Tigers……
🙂

Mmm, mmm, mmm…the Thunder in the distance sounds delicious!. Alas, and as always, not for Ada.