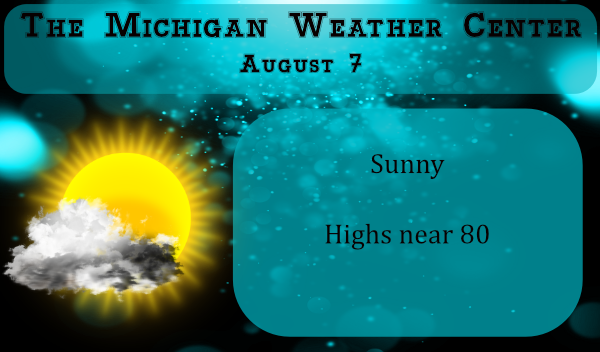 We have another cool morning with temps in the low 50s at 4 am.  We will begin to warm up once again into the 80s beginning today though humidity levels won’t begin to rise until tomorrow to more uncomfortable levels.  The last rain we had was on the second with our next chance coming tomorrow night though it is about a 20% chance.  Our best chance will come on Monday with a 50/50 chance.

There is nothing in regards to tropical depressions going on in the Pacific or Atlantic today even with the talk of a busy hurricane season through early fall – we will have to wait and see how this all plays out during this period as it is still early.

Wow coldest start to August since 013 thats crazzy…..How did Winter roll out that year Slim ?? Loving it another below average day I’m thinking with the returns of the heat this weekend so will the post on the blog pretty slow and cold lately on here lol…..Have a super Friday …INDY

Let’s do it again ….thanks Slim INDY

As MV stated it was another cool early August morning. The low here at my house was 53 the official low at GRR was 55. At this time with clear skies it is 58 here. The first 6 days of August have been more like the first part of September rather than August. This is the coolest start to August since 2013.
Slim