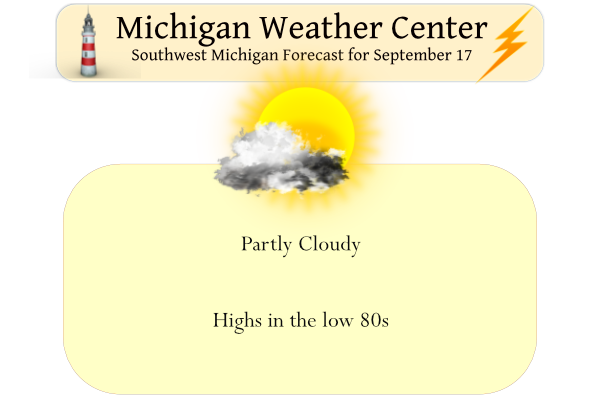 A Winter Guess
It is now mid-September, and it is time for a first winter 2022/23 winter guess well sort of. The Old Farmers Almanac is now out and their winter 2022/23 guess. For the upcoming winter according to the Almanac our area will be colder than average (for them is that new?) The coldest period will be early December, late January to mid February. They are guessing above average snowfall with the snowiest in late November to early December and again in mid to late January. For the winter months in the lower lakes they are guessing December to be about 3° below average in our area. And precip about 1” above average. January they claim will come in at 5° below average and the precip is claimed to be 1” above. And for February the claim is for the temperature to be (get this) 7° below average with a dry mont with pricip being 1.5” below average. They are guessing a cool April and then a mild May with a warm and dry summer.
Before some on here get too excited on this guess lest take a look back at last winter and see how they did. Last winter their guess was for a colder and dryer winter than average. Ther guess for the coldest temperatures were for mid to late November, most of December and January and into mid February. They claimed that snow fall would be near average in most places. Their claim was for April and May to be much warmer that average and somewhat dryer. For this past summer their call was for warmer and somewhat more rain. So how did they do?
Their guess for a cold and near average snow fall did not turn out good. In our area the winter ended up warmer than average at Grand Rapids, Lansing, and Muskegon. As for total precip they did guess right on that as all locations were below average in total pricip and for snow fall well they did not get that right either as all locations ended the met winter below average. Now for their month-by-month guess. Their call for December was for -4 was way off as GR was +4.6 Lansing +6.5 and Muskegon +4.6 so they were way off on that one. For January their guess of -7 while still way off was a little better than January was sill off as Grand Rapids came in at -4.6, Lansing at -3.2 and Muskegon at -3.3. For February their guess of+2 was also not very good as Grand Rapids was -2.0, Muskegon -1.4 and Lansing was -0.1.
Bottom like the Old Farmers Almanac like many other long-range guesses are just not very good. In fact Mookie’s while he/she will not have a guess but if he/she did it would be for warmer than average with less snow fall. Rocky’s and Indy’s long-range guess of cold and snow and my early guess of a good starting point of near average temperatures and snow fall are just as good and the Old Farmers Almanac or many other guesses out there. That includes the CPC and the for pay ones from Accuweather and Joe Bastardi as all long rage guess more than a week or so out are nothing more that a guess with some a little better than other.
Just for the fun of it here is another so called winter forecast for the upcoming winter season like all such guesses it must be taken with a good grain of salt.

I’m going to go out on a limb and say this winter will cold and snowy. Then again, I’m merely playing the law of averages. We have not had a bad winter in a long time, so we are (over)due.

We shall see. I would tend to agree after a pretty quiet stretch lately. Even though we did get double digit totals in the storm this past winter.

Big dark cloud gathering out here near the ford airport. Wonder if something will pop on radar here soon. Pretty neat. Bright to the west and very dark east

Check out the early Fall colors happening around west Michigan have a friend in Mackinaw this weekend he told me after Lake city north the colors is happening thats not far away especially with more cooler nights on the way … Love it ….INDY

We are at the time of year when we start to get excited for winter but still have several months to wait. This summer has felt very long… no complaints of course 😀

If it ends up anything like the past several, Winter never really got going until mid January. That’s still 4 months, or a third of a year, away yet. I don’t really like the thought of mowing till mid December again.

This summer has been incredible! I agree no complaints these temps are great.

It would be nice if we had snow on Christmas Day every year but as you say the trend has been for winter to not start till January into February the past couple years. As some point I suppose that will change. Maybe this year. Who knows. We shall see

Where were the mosquitos this summer? I don’t think I was bitten even once.

Boy, now that you mention it I don’t think I was either!? And I’ve spent this whole Summer outside cleaning things. Odd.

Does anyone know if the “Blizzard Watch” headline is still used or is it now all under “Winter Storm Watch” because in 2011 I remember NWS Chicago issuing a Blizzard Watch but haven’t really seen it since. I also see our NWS no longer uses lake effect snow advisories or warnings like they did in the past as well. Maybe trying to make things more simplified??

For those that love to look back like I do on past events, here is the Storm Team 8 broadcast a couple days before the event. They make mention to that blizzard Watch for Chicago in that green color on the map.

Here is a list of watches and warning from the NWS
https://www.weather.gov/lwx/WarningsDefined
It looks like Blizzard Watch is no longer used
Slim

Good read Slim. Wow, their guess on last Winter was not even close. The past 3 or 4 Winters have been kind of a broken record repeating each year, just not much going on. They’ve all been pretty mild, especially around Christmas time, and all below average in snow.

We will be getting pummeled with cold and snow this winter. Get prepared now! Could be a record breaker! Incredible!

The number of daylight hours today is the same as it is on March 25th. The daylight hours will continue to get shorter as we slide deeper into fall and up to the start of winter. Yesterday the official H/L at Grand Rapids was 80/58 there was no rain fall and the there was 62% of possible sunshine. The official overnight low so far looks to have been 61 at GRR and here in MBY the low so far has been 62. For today the average H/L remains at 74/53 the record high of 92 was set in 1906 and… Read more »

Great post Slim as always INDY like always is going with above average snowfall this Winter the writing is on the wall already and taken shape as we are going towards November lots of things are happening that has my attention for a bad Wimter around here so bucket up get the snowblower ready hats gloves and more we will be nedeed it!! Also there is a very good possibility of a blizzard this Winter more wind blowing snows inland lol..So Stay tuned INDY ..