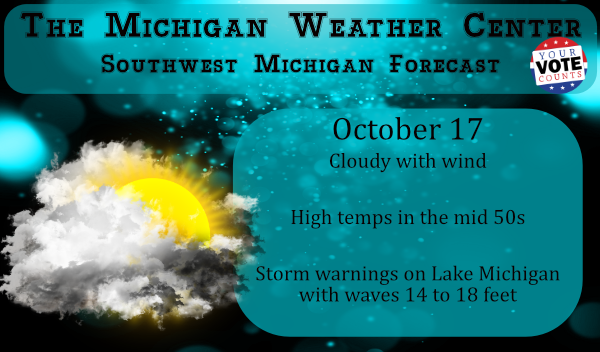 We are now half way thru October so just for the fun of it here are some common winter folklore sayings.

If the first week in August is unusually warm,
the coming Winter will be snowy and long.

For every fog in August,
There will be a snowfall in Winter.

If a cold August follows a hot July,
It foretells a Winter hard and dry.

Squirrels gathering nuts in a flurry,
Will cause snow to gather in a hurry

Much rain in October,
Much wind in December.

A warm October,
A cold February.

Flowers bloomin’ in late Autumn,
A sure sign of a bad Winter comin’.

A warm November is the sign of a bad Winter.

Thunder in the Fall foretells a cold Winter.

A green Christmas; a white Easter.

A tough Winter is ahead if:

The wider the brown (middle) band on a woolly bear caterpillar, the milder the Winter.

The nearer the New Moon to Christmas Day, the harder the Winter.

If the first snowfall lands on unfrozen ground, the Winter will be mild.

As the days lengthen, the cold strengthens

So many hours of Sun on Christmas Day, so many frosts in the month of May.

When flowers that usually bloom during the spring bloom again in the fall, winter will be cold

Lots of acorns and walnuts in the fall also indicate a cold winter ahead.

Look at woolly worms. The thicker and more black bands they have, the more severe a winter will be. If they are rusty orange in color, however, winter will be mild

Keep an eye on the weather on October 9. If it’s sunny, the following winter will be very cold. If it’s cloudy, winter will be milder. (this year there was 91% sunshine and the high that day was 79)

There have been 29 years with measurable snow fall in October with 12 of the over one inch. The temperature has reached 80 or better in 60 years. And in only two has it failed to reach 70. The high this year looks like it will be 79. There have been 12 Octobers when it did not reach at least 32 for a low. 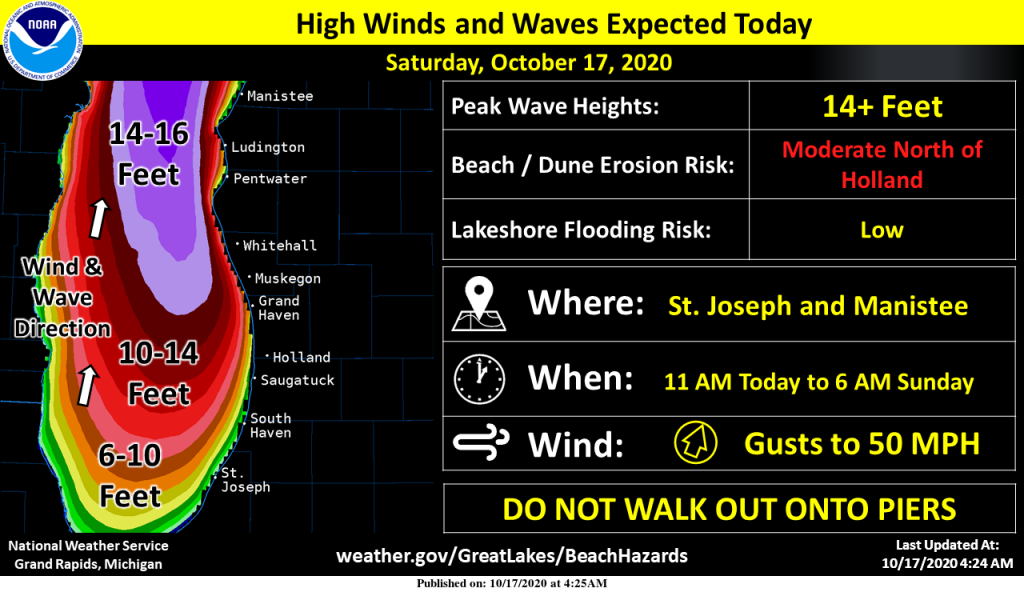 Interesting. The temp has been increasing all day. 56 here now and 60 in Muskegon. That wind is cold, though.

The way the CPC map(s) are set up if that pays out that would look more like system storms. We shall see how this plays out.
Slim

There were 2 periods of small hail here yesterday the first one in the morning the hail fell very hard and covered the ground for a short while. The 2nd last night was hail mixed with heavy rain. Also there were a few flashes of lightning here last night with the temperatures in the upper 30’s I had a total of 0.17” of rain mixed with hail. The low here last night for the 2nd night in a row was 30 at this time it is cloudy and 37.
Slim

All signs point towards below normal temps for the rest of October!

Somebody ask Mokiee about his big warm up with mid 60”s coming later this week and he loves it lol….INDY

This winter will be Rocking! Snow and Cold will rule!

It’s not every day you see a Storm Warning for Lake Michigan. It’s sure has been windy this month.

Interesting Slim! Maybe I’m not old enough but I haven’t heard of most of them. The one my grand parents used the most was thunder in the Fall, no snow at all. And hey, there was thunder again yesterday!

Earlier in the day we heard it and again last night.