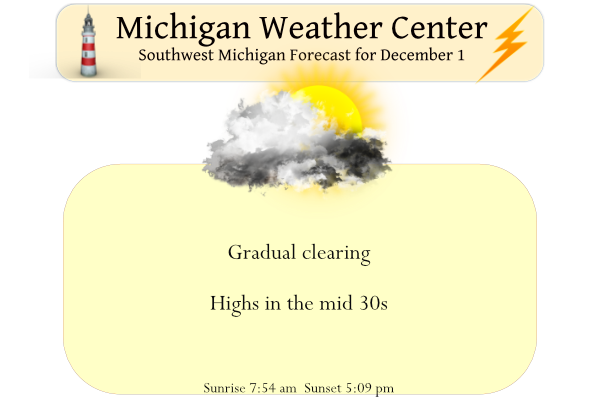 Another month has come and gone and we firmly place our feet into the first month of meteorological winter.  Two of my cats have the right idea of a long winter’s nap.  This is Monster and the youngest member of the family Maizie.  Monster is the big black one, he adopted Maizie soon after we brought her home as a rescue cat several months ago.  They are pretty much inseparable. 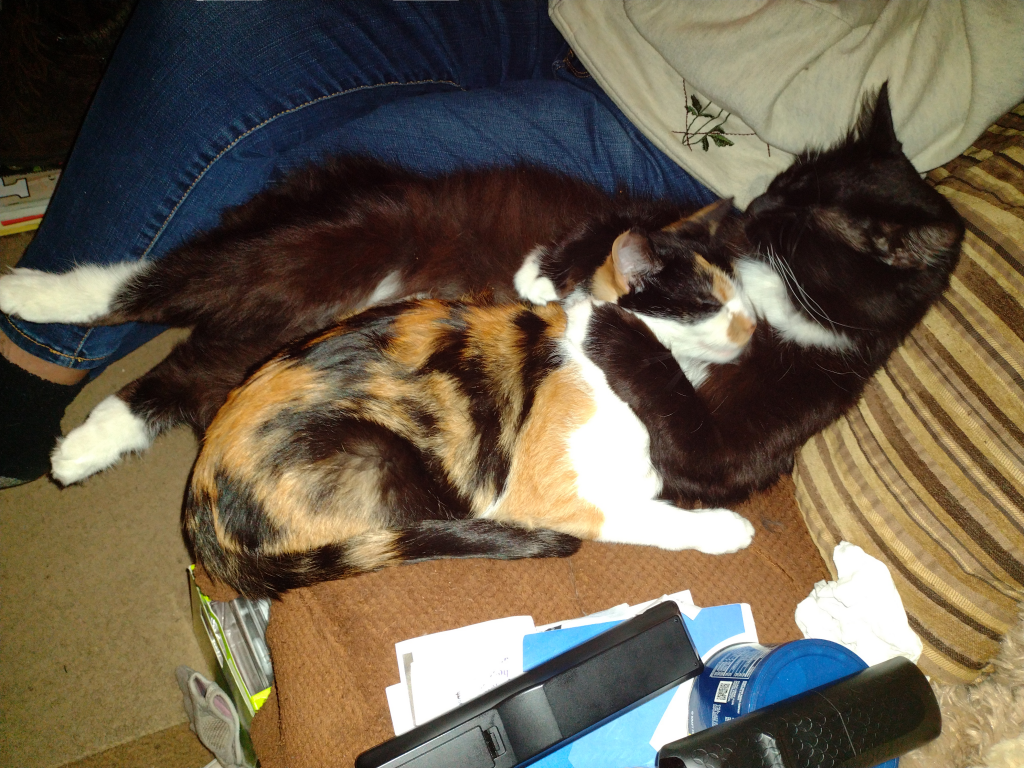 Today will be calmer than yesterday with gradually clearing skies which will be welcome after the windy day yesterday.  The high was 55° at midnight and quickly fell to 28° which was our low for the day. 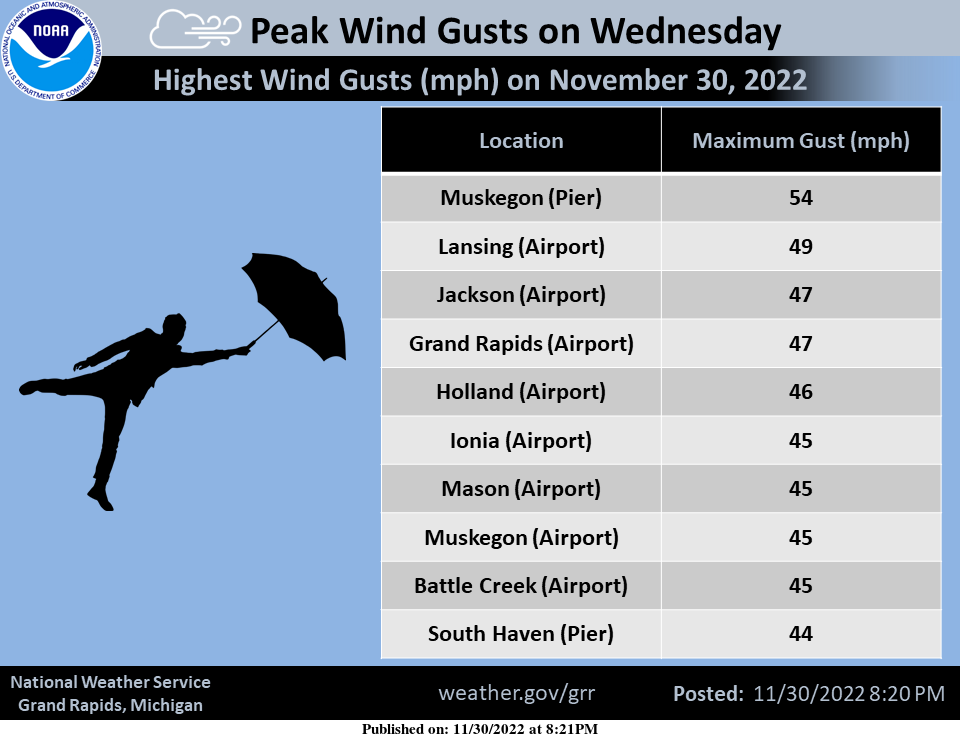 The winds on Wednesday were much colder and stronger than the winds that occurred on Tuesday. Take a look at the highest reported wind reports we received.

>>>>>Breaking Weather>>>>>the last half of December will be cold and snowy! Take it to the bank!

Perfect start to December. The CPC gives us a below normal temp month and the RDB gives us tons of snow! Wow!

Looks cool but maybe not all that much snow fall.
Slim

Matt Kirkwood says he believes there is an excellent chance of a white Christmas this year. We shall see.

Finally someone is looking at the long range trends, teleconnectors, jet streams, moderate La Niña, etc! Bring it on!

The first half of December looks like it may be cooler than average but also dry. So not really much snow fall at this time.
Slim

Sounds good to me. I can handle any temps as long as they’re below 75. Perfect wood cutting weather as long as it continues to stay dry.

Cute cats MV! I have a cat of my own. She’s only about a year and a half old

My cat likes to take her naps by the heat register in the living room.
Slim

A brief recap of meteorological autumn. At Grand Rapids the 3-month mean was 51.7. The 30 year mean is 51.6 so at Grand Rapids the temperature was very near average. Note that most other locations in lower Michigan had departures that were warmer than Grand Rapids. The highest reading in fall of 2022 was 85 on September 3rd and the lowest reading was 18 on November 19,20 and 22. There was a total of 7.37” of rain and melted snow fall that was well below the average of 10.55” There was 28.0: of snow fall and that was well above… Read more »

Welcome to meteorological winter! Yesterday’s official high of 54 occurred just after midnight and the temperature dropped all day. The low of 26 occurred just before midnight. There was 0.06” of precipitation of that a trace was snow fall. There was no sunshine yesterday. The temperature has held steady overnight and the current temperature here is 27. For today the average H/L is now at 41/28 the record high of 65 was in 1970 and the record low of +6 was in 1976. The record snow fall amount is 5.0” in 2010. This past November had a mean of 40.9… Read more »