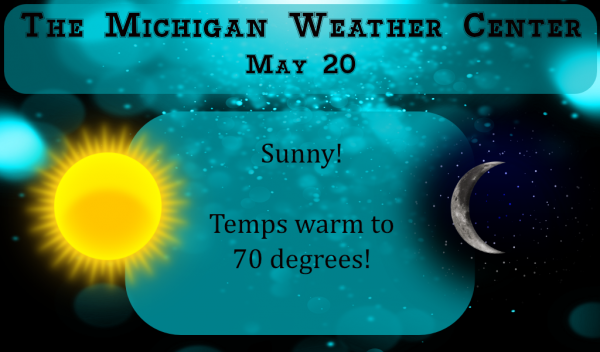 1962: An early season heat wave sends temperatures into the upper 80s and lower 90s across Lower Michigan. Record highs on this date include the 91 at Grand Rapids, 89 at Lansing and 88 at Muskegon.

1915: Lansing records their latest measurable snow on record with 0.4 inches, and Grand Rapids does also, with 0.2 inches there.

1923: A tornado injured two people in Kent County as it moved through rural areas from east of Coopersville to near Sparta.

2002: Snowflakes fly across Lower Michigan as record cold weather prevails. Record lows include the 26 degrees at Lansing, 29 at Muskegon and 30 at Grand Rapids. The freezing temperatures cause heavy losses to orchards across western Lower Michigan.

1975: A tornado injured one person as it destroyed two mobile homes at Byron Center in Kent County.

1977: The last half of May is unusually warm. Record high temperatures in the upper 80s and lower 90s are set across Lower Michigan from the 16th to the 28th. This helps make it the warmest May on record at Grand Rapids.

2001: A swarm of at least 20 tornadoes descend on Lower Michigan. Fortunately, most of the tornadoes are relatively weak and only five people were injured. Damage included dozens of trees downed, barns blown over and roof and siding damage to several homes. Three homes and a golf course were heavily damaged north of Hartland in Livingston County.

1917: Cold rain mixes with snow and temperatures rise only to the lower 40s after morning lows in the lower 30s.

1963: Snowflakes fall at Lansing as morning low temperatures in the 30s only rise to the mid and upper 40s.

1966: A barn was destroyed by a tornado near Gobles in Van Buren County.

1973: A tornado destroyed three barns and damaged an industrial building in Winn in Isabella County.

We have a chance to dry out today after a wet beginning to the week.  Temps will begin to warm up and a taste of summer will permeate the air as we close out the week.  Of course, this also means lawn mowers will be out in force to start mowing down the hay field we call our lawns. 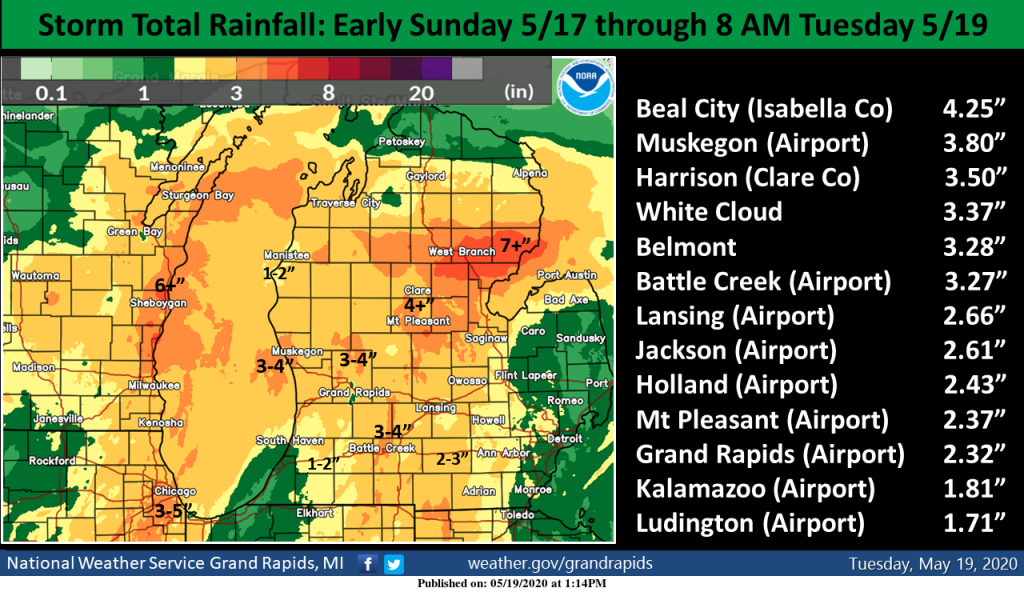 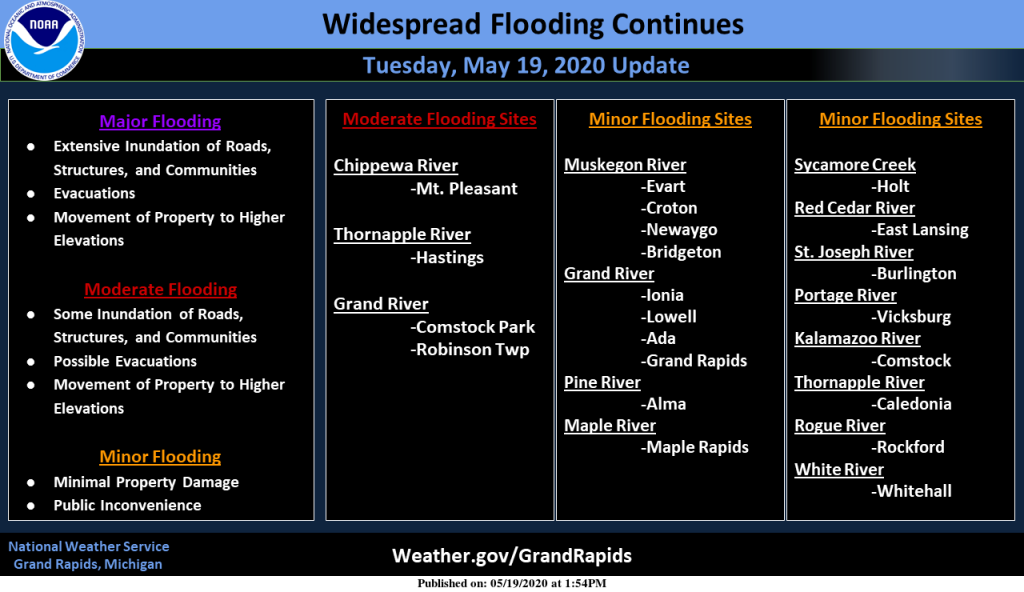 Sunny and a very nice 69 here at my house. Great day to open up the windows and enjoy this great day. We deserve it
Slim

Has anyone else noticed how some of the trees are late this year in getting all of their leaves on them. And looking at the web cams from the UP.
https://www.mtu.edu/webcams/
and
https://www.exploremunising.com/web-cams/
They are really late this year.
Slim

Here is the map you are looking for. Spring came very early for most of the country this year – including most of Southern Lower Michigan. But, it is later than average for northern Michigan and the UP. It’s crazy that a good portion of the Carolinas saw spring blooming in January this year!

Yes hard to get leaves on trees when some days where running 25 degrees below normal yes crazzy for this time of year a very cold Spring west Michigan had this weekend will be close to 80 degrees and a few on here will be saying it’s hot outside…lol ..INDY

There is major flooding going on today in Midland. Two dams broke on the Tittabawassee River. The Tittabawassee River in Midland is 34.72 feet at 8:45 a.m. The flood stage is 24 feet. The river is projected to crest at 38 feet at midnight Wednesday night, according to the NWS. However, city officials expect the river to crest sooner than that, at 8 p.m. Wednesday. M-20 is closed between Main Street and Meridian in both directions. The M-30 bridge near Stryker’s Lakeside Marina is washed out. U.S. 10 was closed in Sanford. I take M 20 thru Midland on my… Read more »

One month till the Summer solstice I love it then days start getting short again amazing our furnace kicked on this morning and only only a month away from the longest day of the year crazy bring on Fall….INDY

We were actually very mild the last few nights so nothing out of the ordinary for this time of year. With that said, I haven’t had to turn on the furnace in a while. My place really heats up with all the southern exposure and sun. Get ready for that AC!

From April 9th to May 19th there have only been 6 days with the mean temperature above average. So it has been a very cold mid spring. But then the upper 70’s to low 80’s will fell very warm after all of that cold we have just had.
Slim

The last 5 days have averaged only 1 degree off average cumulatively, so my point that it hasn’t been bad at all lately. And is about to get very warm!

Thanks to a continuation of our mild overnight temps, yesterday was only -1 below average. It looks like today or tomorrow will likely begin our long streak of above average days into the foreseeable future!