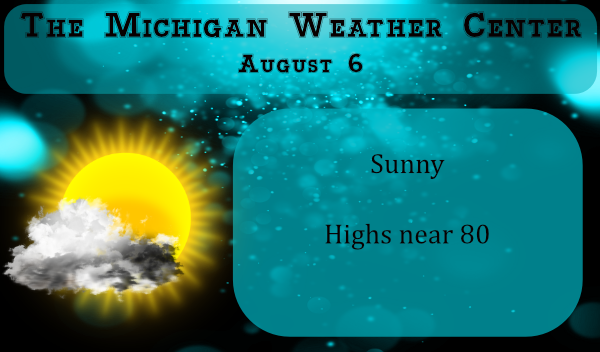 Another year, another footstep towards eternity, another birthday.  As one gets into retirement in their 60s they realize their mortality and wonder how they made it through the rebel years of their teens and 20s.  We understood our mistakes and hopefully learned from them bettering ourselves and became decent law-abiding human beings.

Luckily I made good choices in regards to putting away money to afford an early retirement two years ago, now I have jumped through the federal hoops of medicare the past couple months and am set for life such as it is.

To the youngsters out there – listen to your parents and grandparents – we went through the same things you are going through, made stupid mistakes and learned valuable life lessons.  Of course, if you were like my dad he provided little information on these things, it was sink or swim.  If you got into trouble you had to find your own way out.

Enough rambling, let’s get on with the weather:

The dog days or dog days of summer are the hot, sultry days of summer. They were historically the period following the heliacal rising of the star system Sirius, which Hellenistic astrology connected with heat, drought, sudden thunderstorms, lethargy, fever, mad dogs, and bad luck. They are now taken to be the hottest, most uncomfortable part of summer in the Northern Hemisphere.

Various computations of the dog days have placed their start anywhere from 3 July to 15 August and lasting for anywhere from 30 to 61 days.  Both the ancient Greeks and Romans noticed that the star Sirius — the dog star, Canis major in the Orion constellation — began to rise with the sun not long after the summer solstice. While this is often the hottest time of the summer, and publications like the Farmer’s Almanac placed the dog days as occurring between July 3 and Aug. 11 each year, even though Sirius doesn’t rise and set with the sun until mid-August now which I have always considered the dog days.

I have 50° at 6:30 this morning with expectations of another dry comfortable day.  Lots of sun is on the way and life is good. 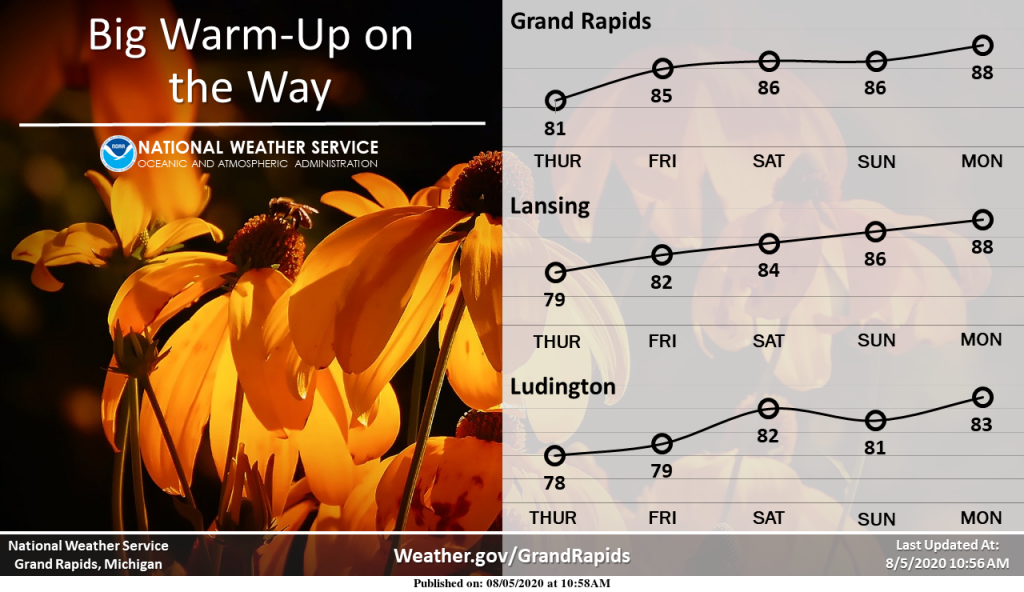 Well well well…Anyone Ready For ThE Celstial SHOW of The Year…..
Check it out HERE!
https://news.yahoo.com/perseid-meteor-shower-peak-next-031302269.html

Beautiful night out there tonight. The moon is huge! I got some photos of it.

Hey MV give me a call

Hey…..hApPy Birthday MV.
This ” BUD” is for YOU!
I personally LOVE the DOG Dazze of Summer.

Very nice outside chalk up a nother below average day in Grand Rapids I would take this weather all summer long forget the heat still don’t understand how some bloggers on here are in love with it sweating no thank you!! INDY …

Happy birthday, Michael. Thank you for all of your work on this site.

Happy birthday MV thanks for having a very nice weather blog for all of us weather nuts have a super day. ….INDY

I’ve never liked the “dog days” of August. Besides being generally uncomfortable and hot, most of the family including myself get the worst allergy’s of the year around this time. I noticed the goldenrod ready to explode, and that usually sets them off. Even on cooler days the windows can’t be left open or it’s nonstop sneezing. Downright miserable when you add heat to it.

Another cool night the low here was 53 so no air needed. In fact after all 31 days of July reaching 80 or better at Grand Rapids it has not yet reached 80 here in Grand Rapids in August.
Slim