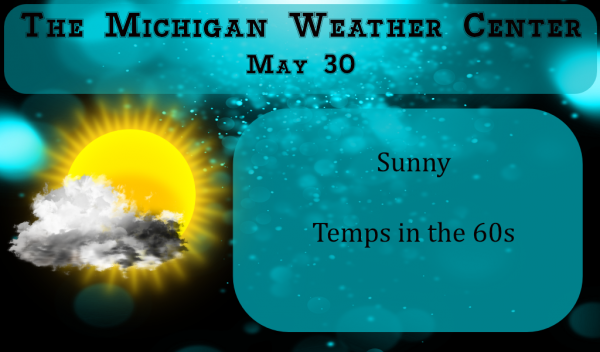 No not the Bob Seger song but it is now time to turn the page to June and the start of summer 2020. This will be a different kind of summer for me as this will be the first time since 1966 that I will not be working during the summer months (or it looks that way now) This week I will look at June and the meteorological summer.

It should be noted that “average” temperatures, rain fall and snow fall will soon be updated and the temperature will more likely then not be adjusted upwards. The same may happen to snowfall and rain fall as well.

56* degrees out at thee YARDofBRICKS NE of GR but who am I fooling lol….. Is it September outside ??? INDY

I read that areas north of the Arctic Circle in Siberia have been in the 80s. All time records. That’s incredible heat for that far north.

More above normal temps on the way. Just in time for the beginning of June !

Awesome rocket launch today in Florida! Hard to believe it’s been almost 10 years since our country could send people into space.

It’s Great day when you can have a hoodie on in the end of May …love it ….INDY

Lame attempt to troll. Your brother rocky has been mia the last couple days. Go spend some time with him. 😉

Wow one hit wonder bloger Jeffrey
is back everyone clap …. Lol… INDY ..

Thanks for the stats Slim! There have been some wild swings with the weather this month both up and down with temps, and some very heavy rain events. A quick count of days above and below average through the 29th, looks like 13 above average and 16 below. Pretty close to even, just a few days apart.

Extremes continue this May. After 5 days of much above average temperatures that included a record high of 90. Now west Michigan is dropping back down into some very cool late May temperatures. With forecasted lows in the upper 30’s for here in Grand Rapids. The record low for May 31st is 36 set in 1966. It has only gotten below 40 five times in Grand Rapids recorded history. So for this May there have been departure of 10° or more 10 times 6 below average and 4 above average. Temperatures this May have ranged from 90 to 26.
Slim

At this time it most clear and 53 here.
Slim

The NWS has a low of 39 for tonight.
Slim