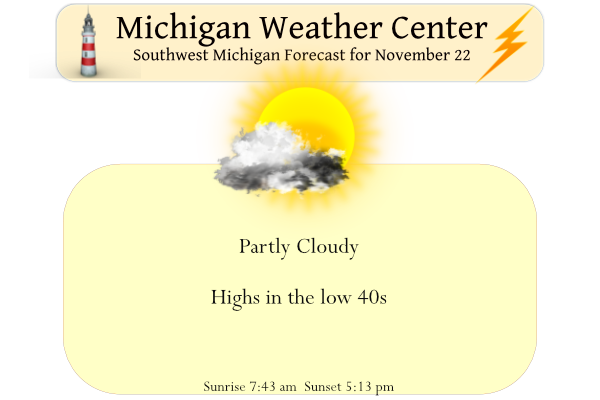 Our high yesterday was 42° and the low was 18° with mostly sunny skies.  Today will feature another sunny day with temperatures reaching into the low 40s to help continue our snow melt.

Just ventured out to get the mail. Gorgeous day. 45 with a warm sun and a cloud-free sky. High temps should remain in the 40s to near 50 through the weekend, which is nice for travelers.

It feels pretty warm out with no wind and full sunshine. I’d imagine there will be more melting today… although the sidewalks are still very slippery this morning

Thanks for the lake effect info MV. I’ve had a lot of people ask me the past couple days why we were in storm warnings for several days and only ended up with a few inches of snow, now I can show them this. After yesterdays melt our yard is down to areas of bare ground to an inch or two in spots. Should be all gone by tomorrow.