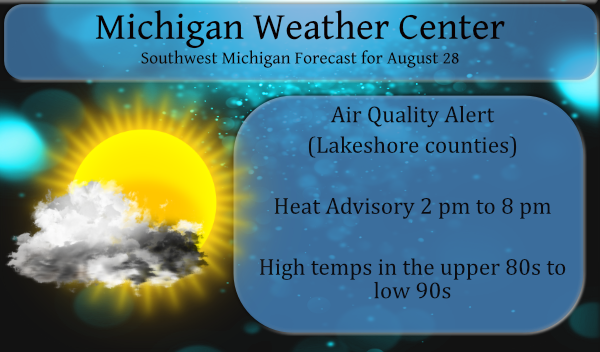 And Now onto Fall

Where did summer go? Next week we not only flip the calendar to September we also slip into meteorological autumn. I know there are some people that do not like the warmer temperature and high humidity of summer and look forward toward the fall season.  Well, I am a weather enthusiast so while I preferer the warmer months of the year I am interested in all types of weather. Before my sister passed away, we would go down to Fort Myers in the winter for a few weeks to get out of the cold and snow for a while. And even after she passed, we still would go down for a week or two. We did not go last year, and I have not decided if we will go this year or not. Anyway it is now time to look at both some average and record or both September and meteorological autumn.

We will not sit back and see how meteorological autumn will play out for 2021.

And now…7 months of shovels/snowblowers. Life in the Southern Arctic.

Thanks Slim! Yesterday was the 5th day of the last 6 over 90 here. Today will prob be another one. Already dew points as high as 82 in Michigan, that’s just ridiculous. For generally only happening 1 or 2 times a decade, today makes about the 4th or 5th time just this month.

The overnight low here at my house was a very warm 75 the official overnight low at GRR was 73. If it stays above 71 until midnight a new record minimum for August 28th will be set the current record is 71 set in 1973 and 1948. At this time it is clear here at my house with a temperature of 76 and a dew point of 73. The last reading at GRR was 75 with a dew point of 72. At Grand Rapids the dew point the lowest dew point in the last 72 hours has been 69 the… Read more »

Summer has flown by, but it hasn’t been boring. Good storms this season along significant rain events and extended periods of above average temps (NOAA defines them as heat waves).

Man, I cannot wait until the temps return to normal and the humidity is gone. The windows on the outside of the house are soaked each morning.

There is a different definition of a heat wave. what I like about this definition is that they also have a cold wave included. For some reason NOAA has one for heat but not for cold. Here is a different definition of a heat wave. “Heat Wave Heat wave or extreme heat is the temperatures that hover 10 degrees or more above the average high temperature for the region and last for several weeks are defined as extreme heat. Humid or muggy conditions, which add to the discomfort of high temperatures, occur when a “dome” of high atmospheric pressure traps… Read more »

Hard to believe we are talking about autumn already with the heat and humidity in place, for myself, I am looking forward to cooler temps and breathable air to come around.