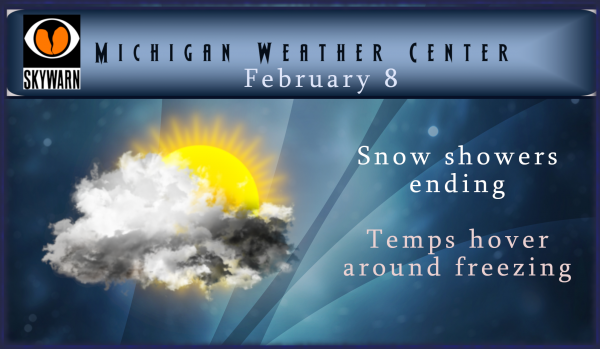 We will have to see how much ice forms on the Great Lakes over the next few weeks. But so far the Lakes are at near record low ice cover. The extent of ice cover has only been reported since 1973 and in that time most of the very low ice cover years have been since 1998. I have looked at some of the low total ice cover on the great lakes and what the following spring and summer were like. Note the years are not listed by amount of ice cover just that they were all much lower than average. The years on the list are 1987,  1995, 1998, 2002, 2006, 2010, 2012 and 2016. Here is a break down on how the spring and summer were temperature wise. 1987 that spring was warm and the summer was warm with a mean in July of 74.1° 1995 that year there was a cool spring but a warm summer with the mean in August of 74.8° 1998 the year had a near average spring and summer. 2002 this year had a cold March but the summer was warm with July having a mean of 74.9° 2006 there was a near average sp°ring but a warm summer with July having a mean of 74.1. 2010 a warm spring and a very warm summer with the mean in July of 75.5 and then August coming in at 74.9. 2012 that year had the warmest March of recorded history but then had a near average April and May. However that summer had a very hot July with a mean of 79.2° and 2016 there was a cold spring but once again a warm July with a mean of 74.3° So now we shall see if this year follows the tread or maybe we have a cool spring and summer after this mild winter.

Over the next week the average temperature rises just one degree with the H/L starting out at 32/19 and ending the week at 33/20 Grand Rapids gains 16 minutes  of daylight next week so the case can be made that spring is on its way.

Great call by the NWS! This storm is definitely WWA worthy! Keep up the good work!

The RDB agrees with the nws. Gr may only see 2 or 3 inches! Points North are in a better spot for 4 plus inches!

Yup, NO big storms for lower mi. Unless you wanna call a couple inches of snow a storm.. Lol !

Would you look at that a couple day cool down, then right back above normal!! Who knew?!?! Love these short winters!!

On the upcoming WWA I have to say I do not remember when the last time I have see the this wording in a forecast. “Temperatures will remain below freezing until the cold front comes through. At that point winds will turn from the east to the southwest and that will being warmer air from Lake Michigan into the area so temperatures will rise to just above freezing for a few hours” That means it will warm up “after a cold front” Here is more on the write up. “ADDITIONAL DETAILS…The snow will begin around noon, become heavy at times… Read more »

Another WWA was just issued! The snow just keeps coming! We are now in a good pattern! Incredible!

I have lost count how many WWA’s has Grand Rapids had this winter?
Slim

With snow way less than normal!! Imagine that!!

Well…looks like it finally “arrived”, as we all should know it would. A week of 30, followed by a week of 20s. Just the start of another tilted cycle, with winter settling in, firmly in place, through April…again.

Slept in today! There is a solid 3″ of new snow on the ground here. It is the light fluffy lake effect type so I will just sholve it. At this time it is 28 here with some sun starting to break out.
Slim

Some places got hammaard with lk effect snows last night getting reports some spots 6 inches on my weather page by the looks of it out my window we got 3 or more and still snowing 3rd day in a row with snow lets keep it snowing …..Have a super Saturday …INDY

How is that possible? I thought winter was over?

Good read Slim! We were at the beach earlier this week and it is very odd without one bit of ice anywhere being in the final weeks of Winter. Usually this time of year we’re climbing ice mounds and watching the ice chunks in the channel. This year there’s just bare sand.

We picked up another 2 inches of snow overnight which brings us to over 6 inches over the past couple days and 30 inches for the season. I wonder if less furnace usage and lower gas bills this winter will equal higher electric bills from air conditioner usage this summer. I am more cold tolerant than heat tolerant, I have been known to walk out to the road in the snow barefoot with a t-shirt to get the mail – I think this comes from being raised in drafty old victorian and old farm houses where you have to break… Read more »

Low ice cover = open water = the potential for more lake effect thru March! I love it!

I would love a snowstorm in April! Forget golf, let’s keep the skiing rocking!

MV is it possible to bring the webcam from Michigan Tech back? I always liked it. Thanks.