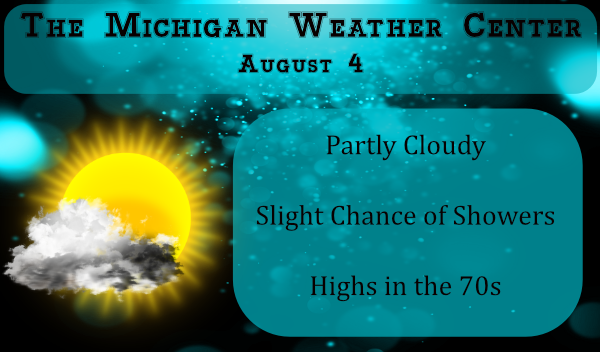 You don’t expect to see 75 or even 80-degree water in the Great Lakes in July or, in most years, anytime. But an exceptionally hot weather pattern pushed water temperatures in most of the lakes to the highest levels on records in the summer. Lakes Erie and Ontario, the water is the warmest it has been since the records began.

Surface water temperatures averaged over all of the Great Lakes, except the deep and choppy Lake Superior had risen well into the 70s to 80 degrees. That’s about the same water temperature as the surf off Virginia Beach, Va.  Now due to upwelling, the surface temps have crashed. 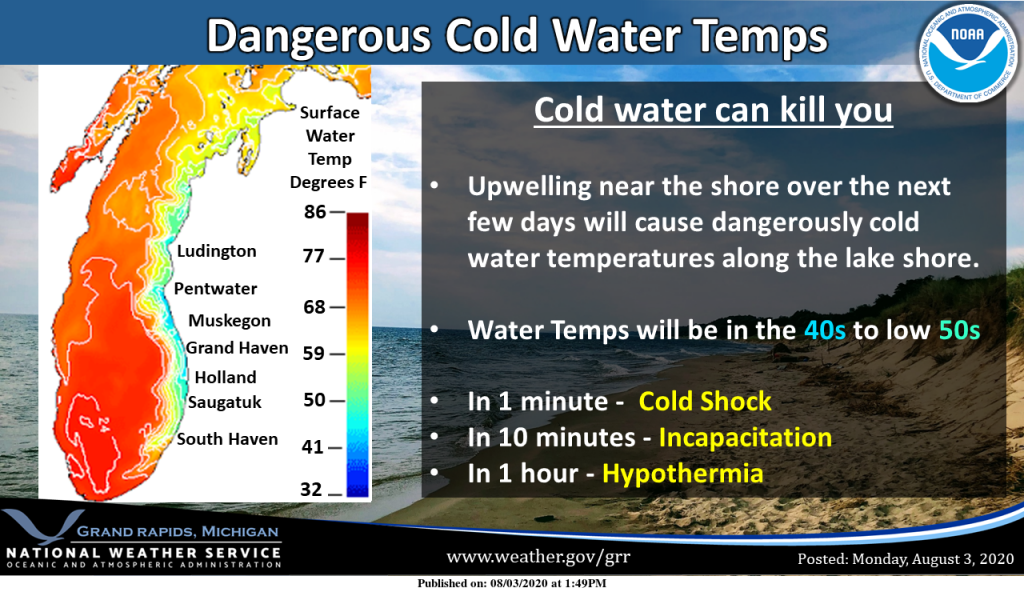 Winds blowing across the waters surface push water away. Water then rises up from beneath the surface to replace the water that was pushed away. This process is known as “upwelling.”

Upwelling occurs in the open waters and along coastlines. The reverse process, called “downwelling,” also occurs when wind causes surface water to build up along a coastline and the surface water eventually sinks toward the bottom.

West Michigan saw quite a bit of rainfall over the weekend. Here is what fell over the last 3 days. 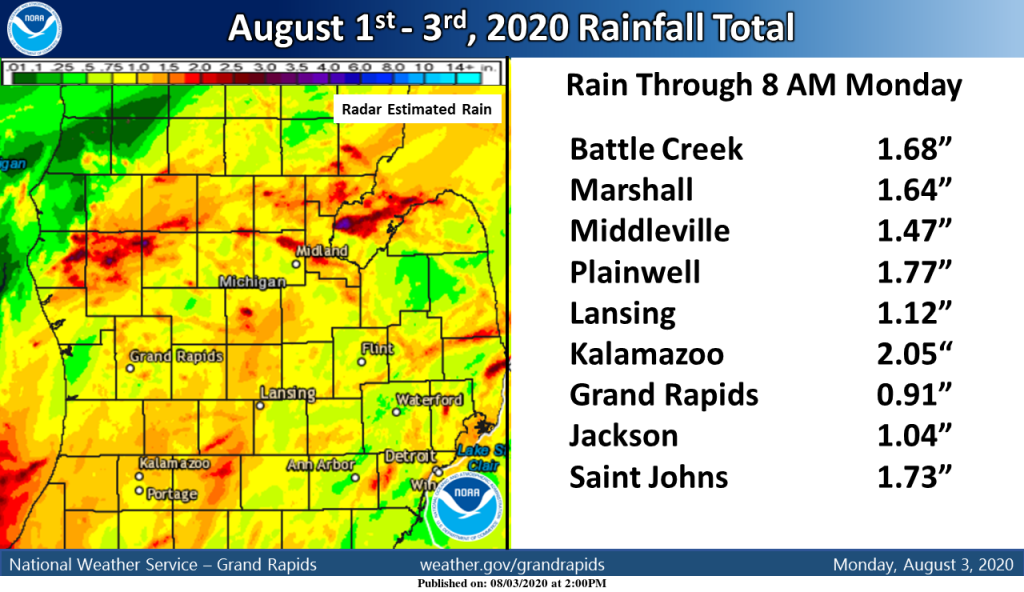 40’s overnight great Scotty shut the windows cool for this time of year but who’s complaining not me ..INDY

Thanks for the birthday wishes yesterday. Barry, you’re on deck.

Yup! I’m more worried about what everyone has secretly planned for me than actually turning 50.

HAPPY BIRTHDAY MARK!! Sorry it is a little late. Sounds like you had an awesome day!! To be 50 again lol!!

Currently 63* degrees out at thee YARDofBRICKS NE of GR with a cool brezze could we say it feels like Fall outside absolutely…..INDY

If you like it cooler, you better enjoy this rare period while it lasts! The heat returns soon!

Rare period lol. We haven’t had any ongoing heat since the mini heat wave a month ago Mid 80’s coming is really not that hot sorry ……But then again 60″s drain some people out so I guess …INDY

We just experienced a top 10 warmest July with only a handful of below average days the entire month. Summer has been warm and so has 2020. In fact, we’ve been warmer than average for more than 3.5 years now. I love it!

54* degrees out at thee YARDofBRICKS NE of GR overnight with some lake effect rain showers no fan attached loved it this is shaping up to be a below average week in early August seems like forever ago we had a mini heat wave now and boy it’s getting dark before 9pm let’s keep it going into September baby ….INDY

Air feels great this morning, but looks like it won’t last long. As Bill says on his blog, “ However, this is just a speed bump in an otherwise warm summer. The heat will return in full force next week.” Not looking forward to more heat.

It looks like the official low at GRR this morning was 57 and that will be the coolest low since June 24th. Here at my house it got down to 56 (55.6) at this time it is clear and still 56 here a my house. I also recorded 0.05″ of rain overnight.
Slim

Do you know what the coolest high temp is for today?

So, the 70 degree high here today really wasn’t that unusual.