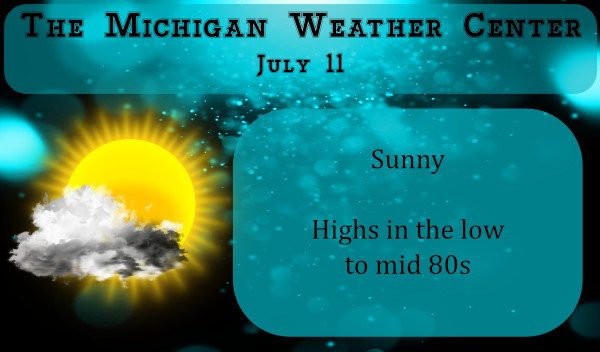 We have just had the heat wave of 2020 but lets take a look back at a Heat Wave that set many record highs in much of the US.

The “Dust Bowl” years of 1930-36 brought some of the hottest summers on record to the United States, especially across the Plains, Upper Midwest and Great Lake States. For the Upper Mississippi River Valley, the first few weeks of July 1936 provided the hottest temperatures of that period, including many all-time record highs.

The string of hot, dry days was also deadly. Nationally, around 5000 deaths were associated with the heat wave.

Several factors led to the deadly heat of July 1936:

As a result of the “Dust Bowl”, new farming methods and techniques were developed, along with a focus on soil conservation. This has helped to avert or minimize the impact of a prolonged drought.

Interestingly, February 1936 remains the coldest February on record for the contiguous U.S., with an average nationwide temperature of 25.2°F. (The single coldest month on record was January 1977, with a 21.9°F average.) Temperatures fell as low as –60°F in North Dakota, an all-time state record. Turtle Lake, North Dakota averaged –19.4°F for the entire month, the coldest average temperature ever recorded in the contiguous United States for any month. One town in North Dakota, Langdon, stayed below 0°F for 41 consecutive days (from January 11 to February 20), the longest stretch below zero (including maximum temperatures) ever endured at any site in the lower 48.

With this in mind, it is truly astonishing what occurred the following summer. In North Dakota, where temperatures had dipped to –60°F on February 15, 1936, at Parshall, it hit 121°F at Steele by July 6. The two towns are just 110 miles from one another!

And at Muskegon they had no real Heat Wave at all with the warmest day that July being just 89 and on July 10th while both GR and Kalamazoo were over 100 it was just reported as 78 there.

So while much of Michigan had record highs in the 1936 heat wave there were also areas that did not have the record heat.

I love the photo image on the post of the weather girl wearing a mask! Keep up the good work! I love it and mask up people and save lives! What a concept!

But then again that’s a real heat wave 1936 nothing compared to this weeks mini rave Currently dropped down to 63* degrees overnight out at thee YARDofBRICKS NE of GR refreshing air at some point I turned the fan off no need for it today’s 83* will be perfect I’m going to the store grabbing a 30pk of Sprites and going to enjoy this beautiful Saturday sights with only 53 more days to September soon it will be August before we know it great Scotty Have a great Saturday ..INDY

We received 1.14 inches of rain total from the Thursday night/Friday morning system which was the first rain we had for 13 days. The early 20th century was not a fun time with one issue after another. We had WWI, the Spanish flu, the Great depression and the heat wave followed by WWII. The second half of the 20th century was pretty tame compared to the first half. I remember the days we didn’t have air conditioning. We survived without much whining, though uncomfortably. Looking back through the past 100 years or so I consider us lucky folk. God bless… Read more »

I also remember the days before we had AC with just fans and back when I was real young we only had one or two fans and they were not the big 20″ fans either just small 10″ round ones. We would play outside no matter how hot (or cold) it was. And while I did not walk seven miles to school we did walk to school (we had to live more then 2 miles from school to ride the buss) up to believe it or not high school when I lived far enough to ride the buss to school.… Read more »

Thank God for Whitmer! Masks baby! I love it!

I am thinking we start the mask militia – stand in front of the stores in camo and legal guns and hand out masks. Just kidding of course. Many aren’t going to heed this – it will be a good source of revenue if we had enough police to enforce it.

I will support my local neighborhood liquor store more now then ever he doesn’t give a crap about people coming in with mask on he just says how you doing and wants your money lol! Just tell public places you have a medical condition they can’t force you to have one on they can tell you not to come in to the establishment though then you go spend your money somewhere else not a big deal like my local neighborhood liquor store ….it’s unconstitutional for our governor to make you wear a mask she can try to prevent it all… Read more »

If I were running a business I would not allow any customer in my establishment unless that were wearing a mask and wearing it appropriately! Please take your business elsewhere if you are that reckless and don’t care about other citizens! I would say good riddance and don’t come back! You will gain more customers by keeping out the inconsiderate people!

Thanks Slim! I know records aren’t kept for dew points, but I would imagine the heat back during the Dust Bowl days was a dryer heat than we have today. The lack of vegetation would mean less moisture in the air, thus lower dew points. With the vast corn fields today pumping out tons of water vapor, it makes it difficult to top 100 anymore. Instead we get crazy humid days.

That is probably the case. Not sure what would happen if there was a severe drought to our west and the corn crop did not grow if that would make it easier for it to reach 100 here or not.
Slim