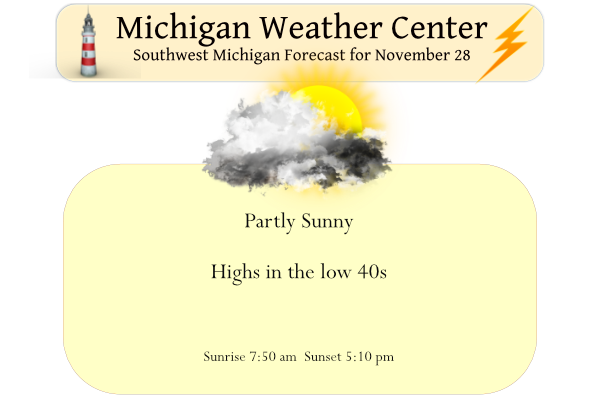 We begin another roller coaster week today with temps in the 40s.  Monday and Tuesday should be uneventful weather-wise.  The most impactful weather of the week will occur Wednesday after a rainy Tuesday night. Temperatures on Wednesday will fall throughout the day from the 50s very early in the morning into the 20s by afternoon or evening. Winds could gust to 40 mph along with light snow at times. This could make for slushy and slick roads in some locations by late Wednesday.

This is going to be a wild winter and the RDB snowfall forecast is right on track! Incredible!

Just think it is not even winter yet and we have seen 28 inches of Snow! What a winter we have in store! Rock n roll baby!

Dixie Alley may be hit with a significant severe weather event Tuesday night. It’s something worth monitoring.

Wow that is quite late in the season. I saw James Spann post a map of Alabama counties this morning on facebook… that explains why, although the worst looks to their west in Mississippi

Yesterday was not as nice as the 4 days before it. The official H/L at Grand Rapids was 44/36 there was 0.25” of rain fall there was no snow and no sunshine. There is no snow on the ground but there are still snow piles around. The overnight low here in MBY so far is 33 and that is the current temperature. The official low so and current temperature at GRR is 36. For today the average H/L is 42/29 the record high of 67 was way back in 1905. The record low of 5 was set in 1969. The… Read more »