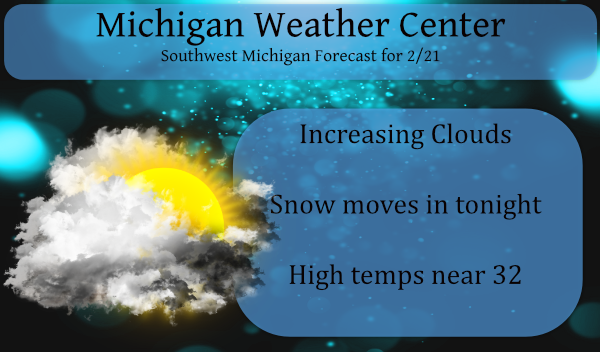 We have a cold 5.7° at 6:30 this morning with clear skies in Otsego.  We had four inches of snowfall yesterday morning which brings us to 19.8 inches for the month and 39 inches for the season with more coming for tonight before we enter a period of warming temps beginning today lasting through the week as the Arctic air retreats.

My only concern about our next system is the warmer temps mixing in which could give us some rain mixing in with the snow which could cause a sloppy mess for the morning commute and for snow removal.  Overnight temps will hover around or a bit above freezing.

Here are the total snowfall from the last system: 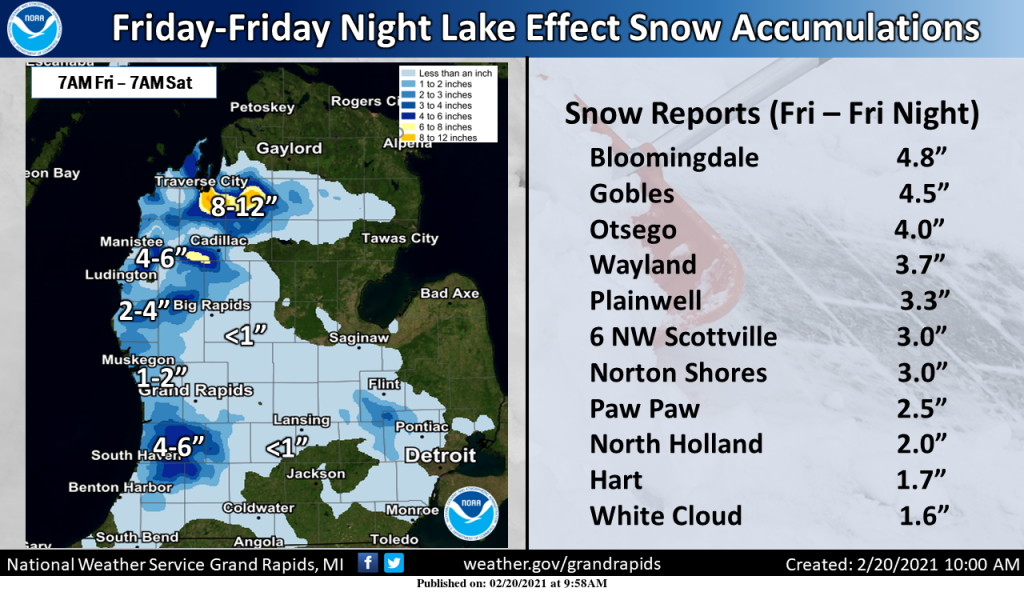 Here is the projected snowfall for tonight’s system – there are no advisories in place yet as of this morning: 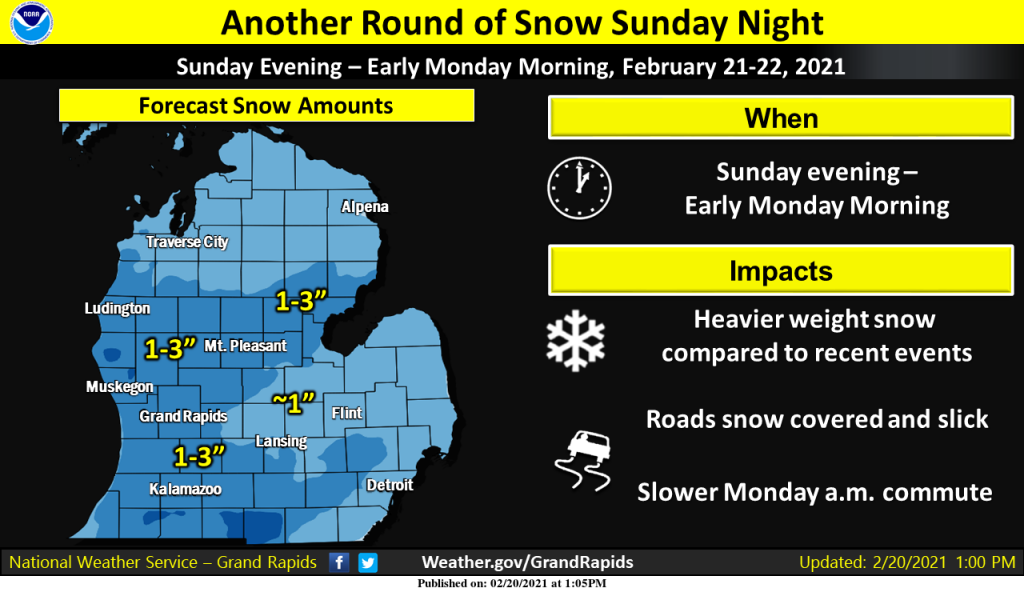 What a storm! We got pounded with snow last night! What a month! Well above normal snowfall and cold temps! How could it be better than that?

Beautiful day today even with the cold temp. The sun was a great sight. Snow has been falling all evening.

I am rooting for another visit from the polar vortex in a couple weeks! Rock n roll!

Check out snow country! Skiing till April? Bring it?

What? Another WWA! How is that possible with all the warm weather nuts begging for warmer temps!? A couple warmer days and the right back down to normal temps! Bring on more SNOW!!!!!

It was another great day outside playing in all of this beautiful snow! What a great winter! Skiing weeks on end!

Looking fantastic over the next 10 days!!! Plenty of great melting temps!!! Front Loaded Spring looking great!!!! Spring is the best!!!

My car thermometer said -4 at 7am with some fog We live in a fairly low area. Once I got in town, it said 6. Pretty cold, nonetheless. Beautiful out now.

Looks like we’re finally turning a corner and the disgusting frigid temps are out of here! Let’s get to that Front Loaded Spring and get to melting this stuff!!