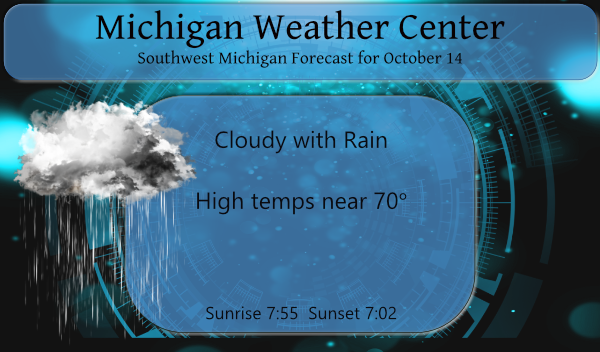 Yesterday we had clearing skies and a good period of sunshine after a period of morning drizzle which amounted to a trace.  Our high temp was 72° and the low was 56°.  At 7 am this morning we have 66° which is near normal for daytime highs.

Don’t expect much sunshine for today – we expect showers and a few thunderstorms in most areas. However, our northwestern counties (nearest Ludington) can expect a chance of showers today, followed by some clearing.  With the passage of a cold front, temps will cool back into the 60s for tomorrow and mid-50s for Saturday.

Surprise! More clouds and rain is on the way for tomorrow! Very cloudy and wet October! Who would have thought?

The sun just came out here. I wonder if it will clear up?

More of the same on into November? 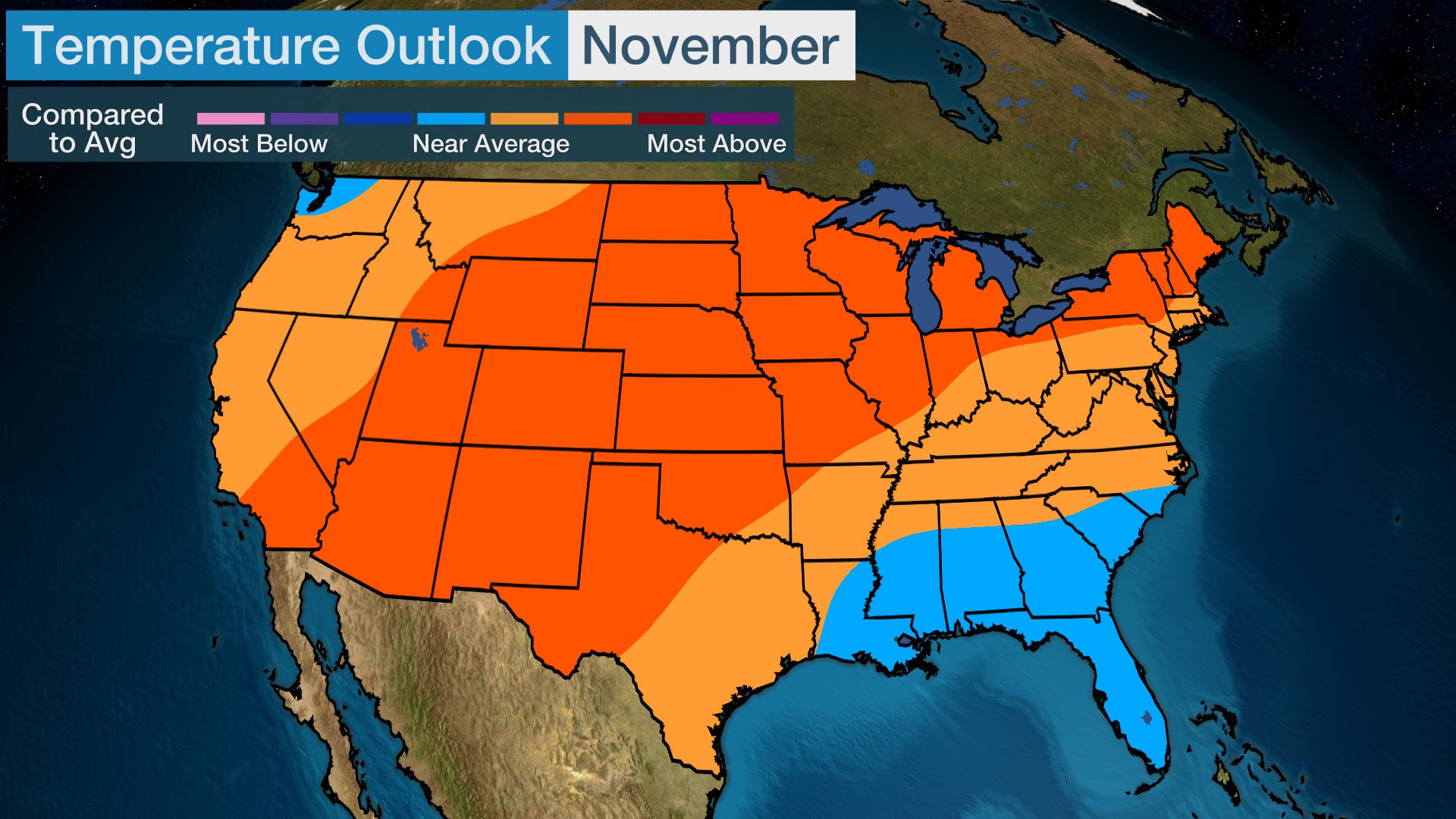 Sun came out for a bit and boy is it humid. 72 degrees with a 71 dew point in mid October? The record breaking streak marches on……

Wet and cloudy month of October so far! Wait till winter hits with a vengeance! Could be a record breaking winter this year! Get prepared now!

I am ready ….snow shovels out new snow blower is tuned up bring it onnnn….INDY

The leaf change is certainly going to be late this year. Peak is normally right around now… and nearly all trees in my area are 90%+ green.

Same here, almost no color at all. Though I have noticed there are a lot of pine needles on the ground, but that might be because it was so dry through September.

Thanks Slim. Interesting for sure. I don’t think we’ll be having any frost in the near future.

Wow we’re smashing the record books again after a warm and sunny summer. I love it!

Warmest start ever for October. That’s a lot of years of data to be beating out! We might be mowing well into December again this year.

Humid out, but no A/C, no furnace, and windows open. Can’t complain about this weather.

Grass is still lush and green. I am still having to mow every three days. My lawn looks the best as it has all season.

Yeah ours is finally turning green now to after being brown for a long time. Still have our AC on though, way to damp and humid to sleep without it. Been on for 6 months now.

No AC or heat on here. The AC did kick on a few time this month and that is the only time I have ever had the AC on in October here in Michigan. I had it on a few times in the fall and winter down is south Florida but it can get very warm and humid down there even in the winter. As for the grass I cut the grass yesterday and it was very tall and I just cut it a week ago so it is still growing fast. Not sure how much longer we will be… Read more »