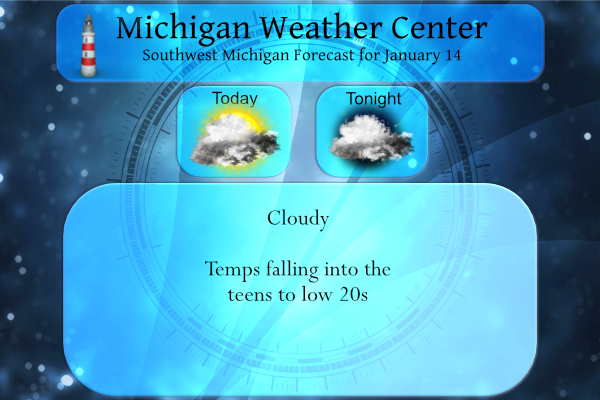 We are currently 31° at 5:30 this morning which will be about as high as we will go for today.  Yesterday’s high was a balmy 36° and the low was 31°.   Today we will be mainly cloudy, with temperatures falling to around 21 by 5 pm. An east northeast wind of 9 to 14 mph will bring lake effect snows to the northeastern portions of the lower peninsula and the northern upper peninsula today.  Our turn in SW Michigan should come mid-week next week. 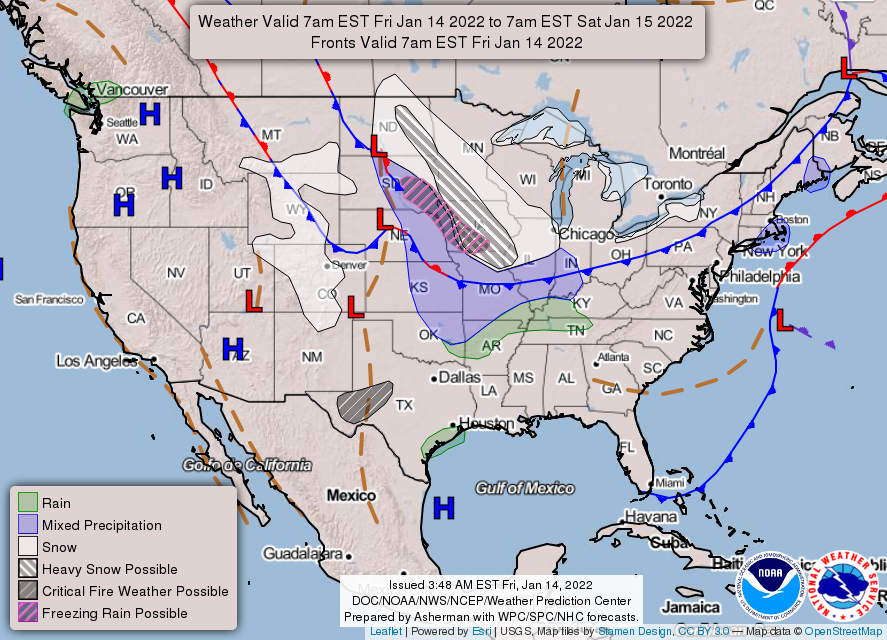 Unlike last winter (or the winter before that) we are more dependant on the lake effect for snow this year especially when storms loop around the state as the next system.  My brother moved to the eastern side of Tennesee to get away from the snow, they are forecast to get up to half a foot of the white stuff tomorrow.

What a winter! The CPC shows cold the rest of this month and increasing chances of snow! Bring it on!

I wonder if this Wednesday and Thursday will be the coldest days of the year. Right around the average time of year… hopefully!

Temperatures falling into the teens this afternoon wow to the wow ….No real warm air in sight …InDY

Yes the pattern is really setting up for tons of cold and snow, yet we are still hearing from some that we have seen hardly any winter weather at all! What a joke!

7.3 inches on the ground in my area you should go outside and enjoy it build a snowstorm…InDY

Looks like the “big snow” forecasted next week has now shifted north of us. We will now be below average snow soon. Very quiet.

Wow you really are clueless!

The temperature held in the low 30’s most of last night but now the colder air in filtering in and it is now down to 23 here with cloudy skies. It still looks cold and dry for the foreseeable future. In looking at past years this is kind of a rare pattern with cold with little snow here in January. I am sure it has happened but it is not common. It is more common in February after the lakes froze up more.
Slim

Having lived my entire life in and near the “lake effect zone”, the past several years have been very odd in that the lake effect snow has been almost nonexistent. Other than last weeks event I can’t even remember the last decent lake event we’ve had. Dry and snowless, the new normal?

Just ran to the office. Getting some freezing drizzle now. Temp is now 26. Saw multiple salt trucks on the road, which has been an uncommon sight this winter.