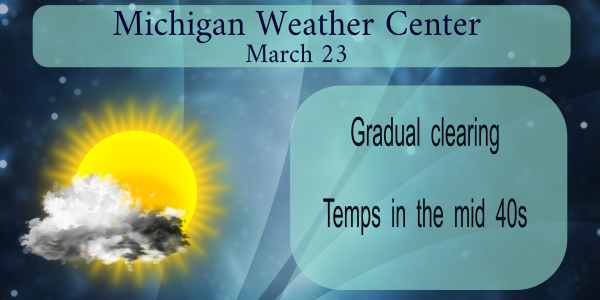 We are coming into the time of year when storms producing thunder and lightning become more prevalent.

All seven strikes were documented by the superintendent of Shenandoah National Park, R. Taylor Hoskins. Hoskins, however, was never present at any of the reported strikes and was not an active and present superintendent in Shenandoah National Park for many of the times Sullivan was supposedly struck. Sullivan himself recalled that the first time he was struck by lightning was not in 1942 but much earlier. When he was a child, he was helping his father to cut wheat in a field, when a thunderbolt struck the blade of his scythe without injuring him. But because he could not prove the fact later, he never claimed it.  All in all, I would say Mr. Sullivan was a very unlucky man.

Sullivan’s wife was also struck once when a storm suddenly arrived as she was out hanging clothes in their back yard. Her husband was helping her at the time but escaped unharmed.

Here is the transcript of the Gov Whitmers EXECUTIVE ORDER No. 2020-21 :

Yep, hope you enjoyed it! Next snow you’ll see will be in around 8 months!

GR seasonal snowfall is now over 50 inches! We have time for a couple more snow events! Bring it!

Wow, it finally made it to half of what you guessed!

With these temps it’s gonna be hard to get the 4 feet of snow you need to get to your prediction!

Glad I got in some more skiing this weekend before the lock down!

What was not going to happen this month snow we got 3.2 inches overnight from thee YARDOFBRICKS …We are getting there ..INDY

It was great seeing the fresh snow this am! Skiing this weekend and then fresh snow today! I love these long WINTERS! Incredible!

Ours was gone a couple of hours ago. My mom lives north of me and she said they received nearly 3″ – much more than us.

Yeah, we had maybe an inch in Northern Kent, but it was gone by around 1 pm.

A lockdown is much easier to work through when not living in the snow covered, Southern Arctic…

Mezzo is shutting their doors for time being at 2pm today.

Michigan lock down is expected to be announced at 11am. While details are not known, if it’s anything like other states, that means no driving except for medical, groceries, etc. No Amazon deliveries.

I am hoping that we are still allowed to go for walks or bike rides. (Once the snow melts of course)

Should be no problem with that if you don’t have to drive somewhere to do it.

Went to Meijers – hit the jackpot and got some toilet paper – still in limited supply. All is good now… 🙂

I put the EXECUTIVE ORDER No. 2020-21 in the post – remember, this is not a recommendation, it is an order.

It is pretty this morning. Just over an inch. Just enough to cover the grass.

Congrats Mark!!! Some of our family members had a baby this weekend too.

Congrats to your family too!

As it gets a little lighter outside not sure if that’s snow falling but the ground looks coverd no way how could that be who knew …lol…The Beauty of Winter it is….We are getting there have another nice cool Monday ..INDY

Currently 30.7 degrees with some light snow – we had 2 inches overnight which brings us to 37.3 inches.