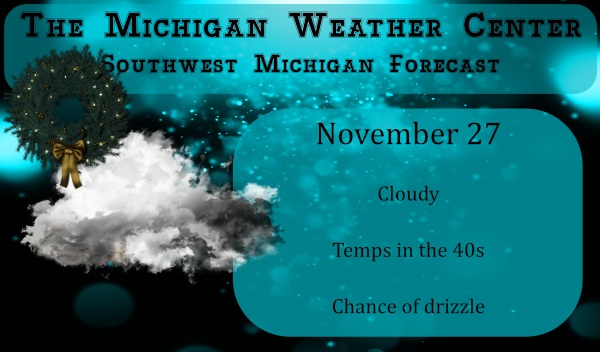 I think we are going to have one of those on again off again winters this year with most of the snow coming on the back side, late January/February time frame.  I am guessing the first half will be a roller coaster of rain, sleet, ice and snow.  We can never really guess where the jetstream is going to set up and tracks of storms however this may be a year where we guess until the last moment on storm tracks coming up through the Ohio Valley.  The big question is which way will the wind blow of the lake this winter.  Last year we had more of a northerly wind which gave the U.P., northern and extreme SW Michigan snow squalls.  I suspect we will do better than the meager 49 inches of snow we had last year in Otsego especially if the lake effect machine sets up from the west.  Lake effect tends to be half or more of our snowfall totals.  This is only a guess…

This is the reason I miss living in Maine.  In 1972 we already had about 48 inches of snow on the ground by Thanksgiving.  That winter we had well over 300 inches.  Below is the current snow cover for New England and for 2019: 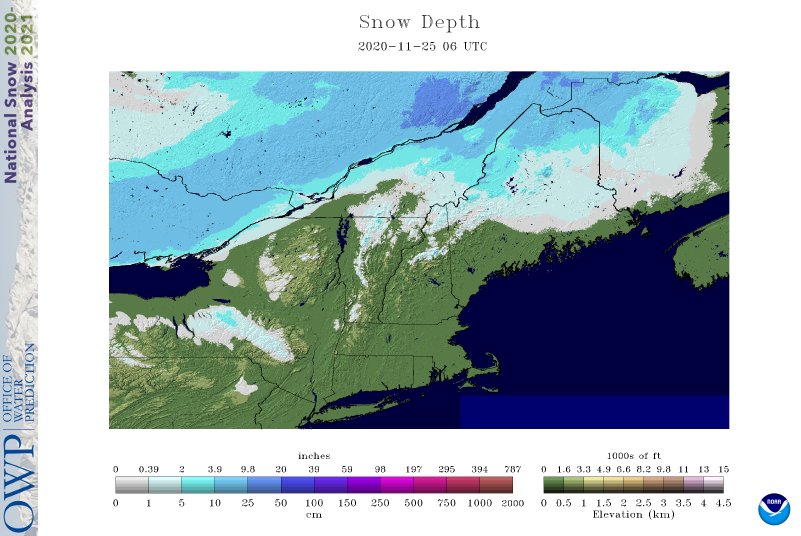 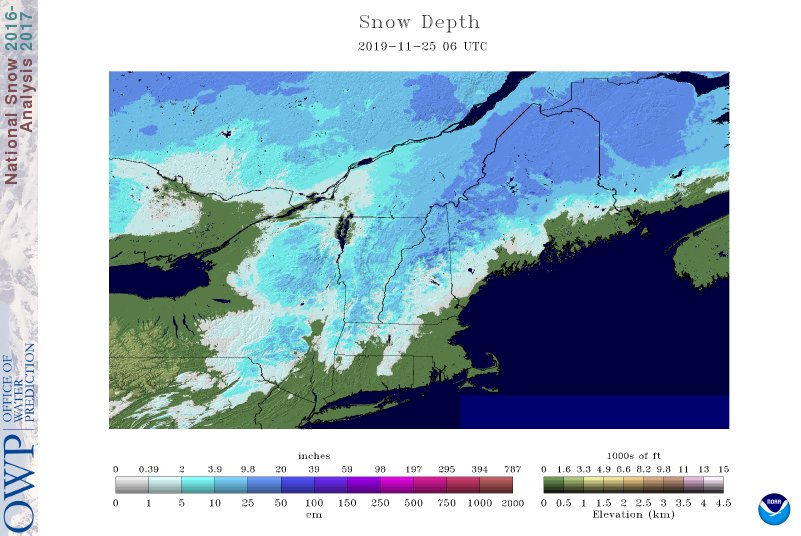 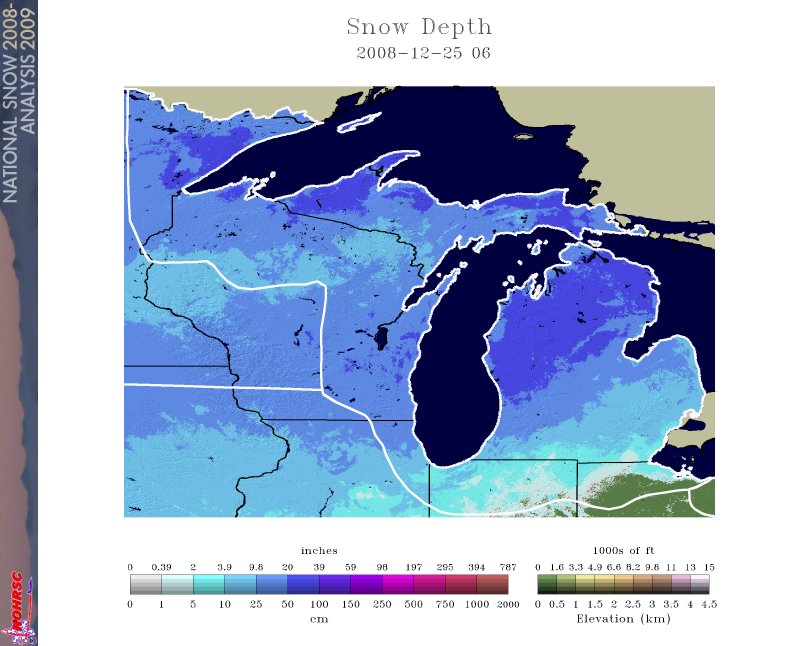 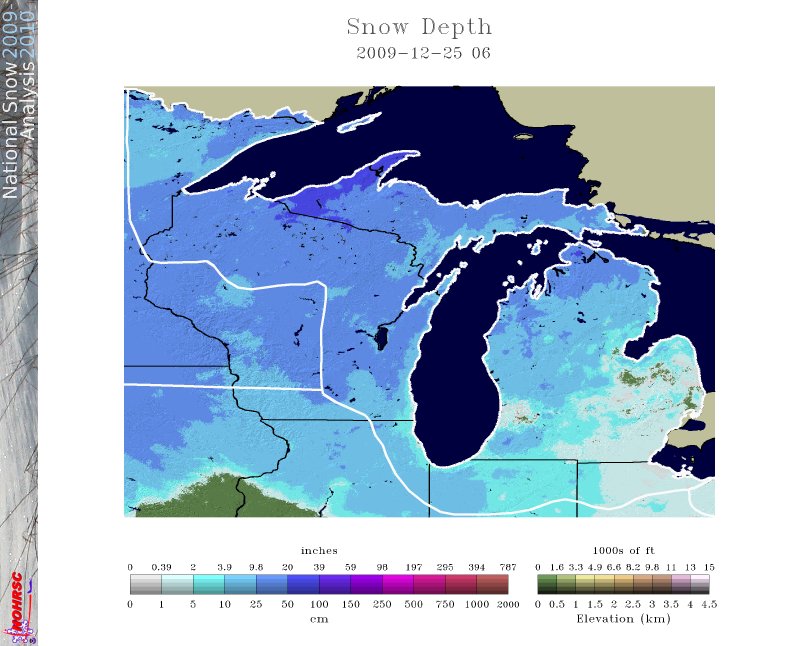 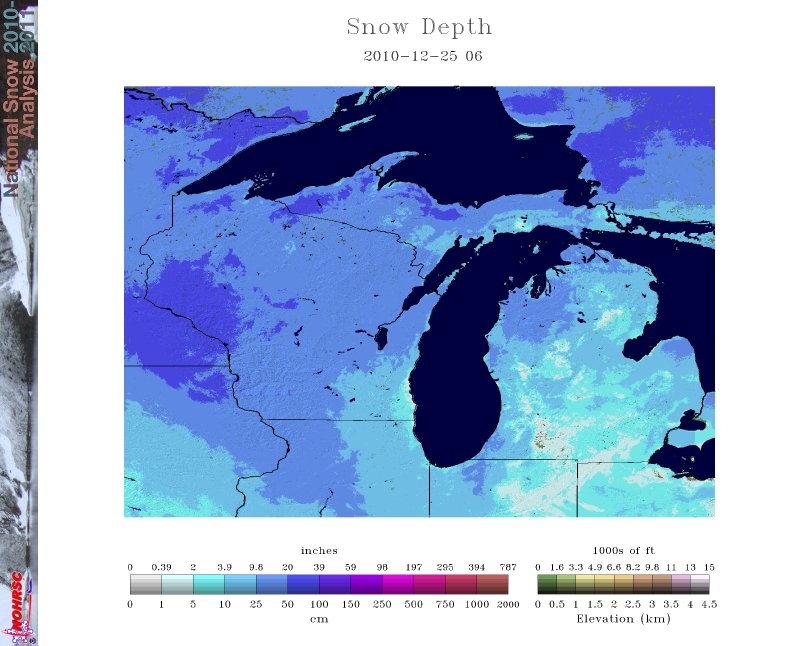 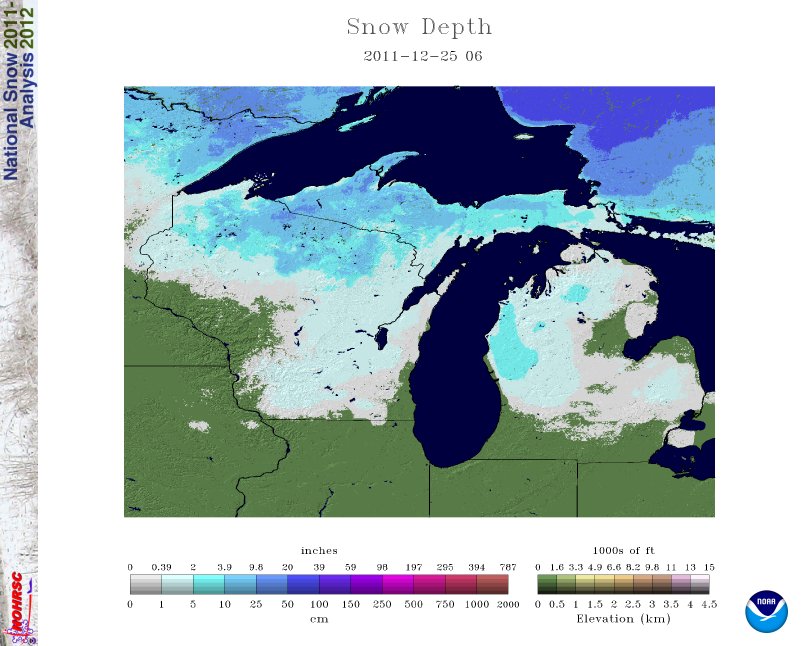 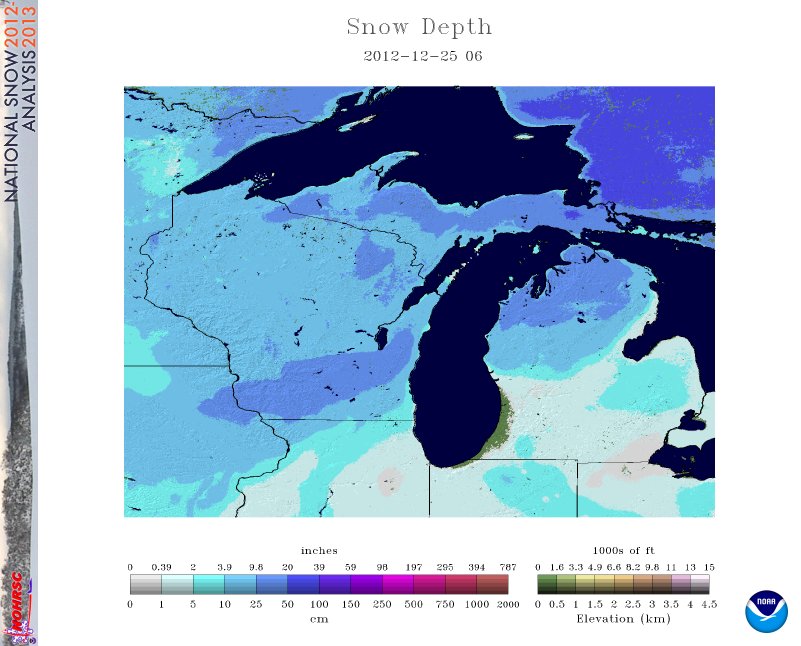 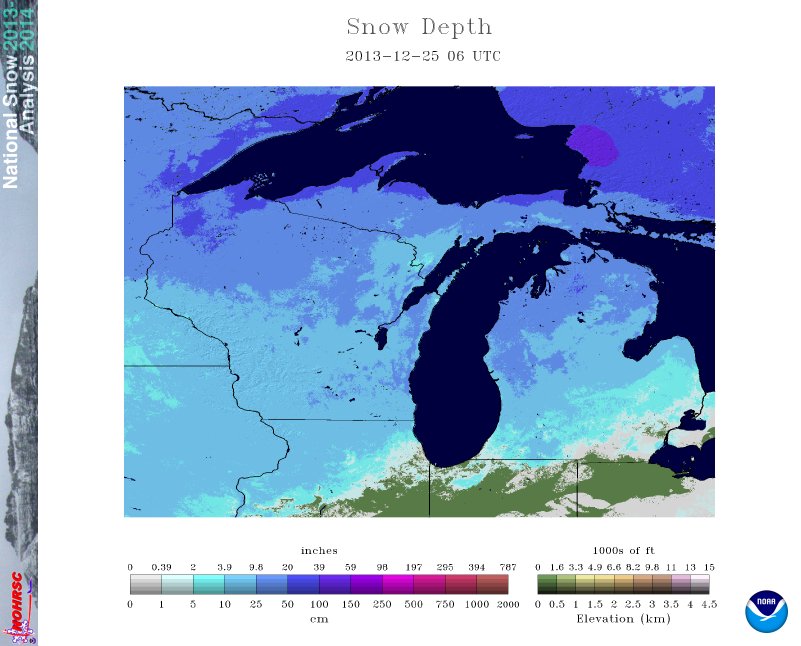 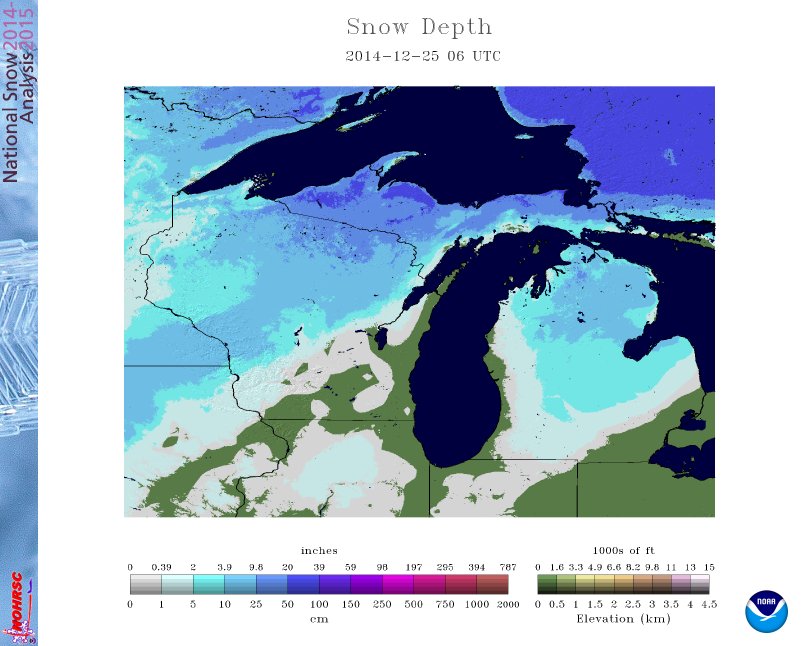 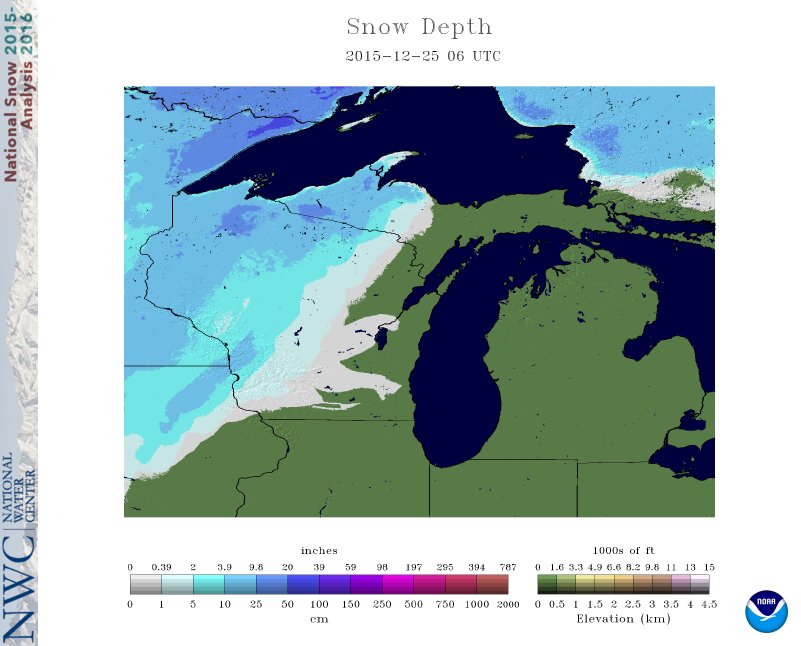 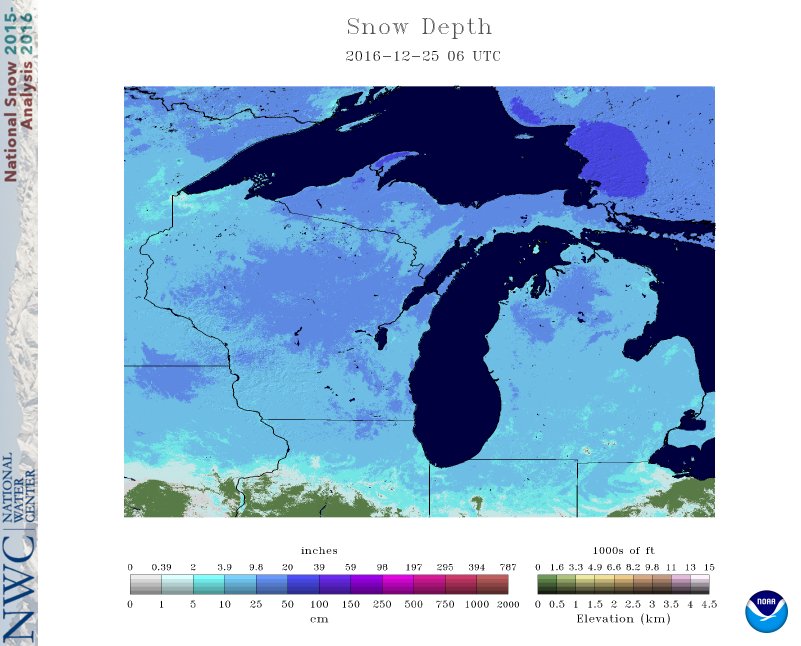 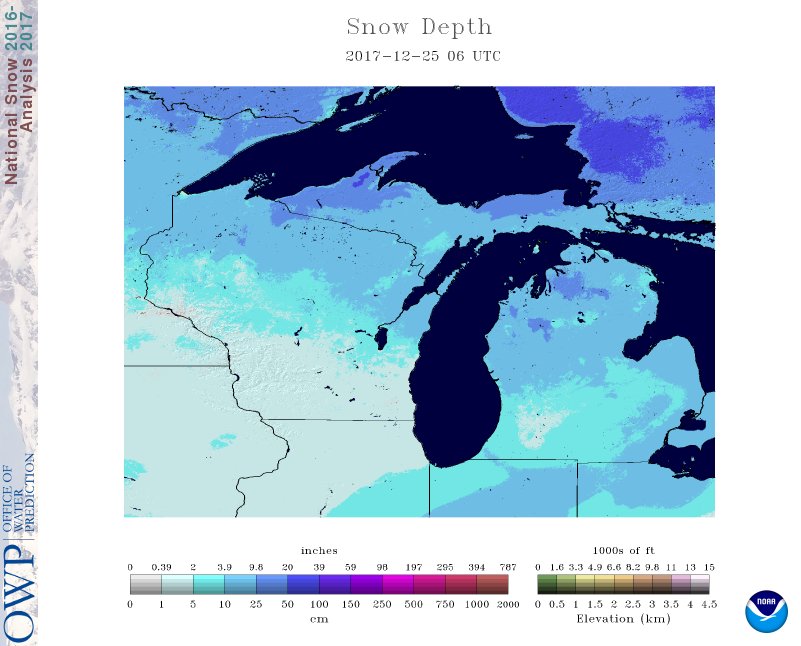 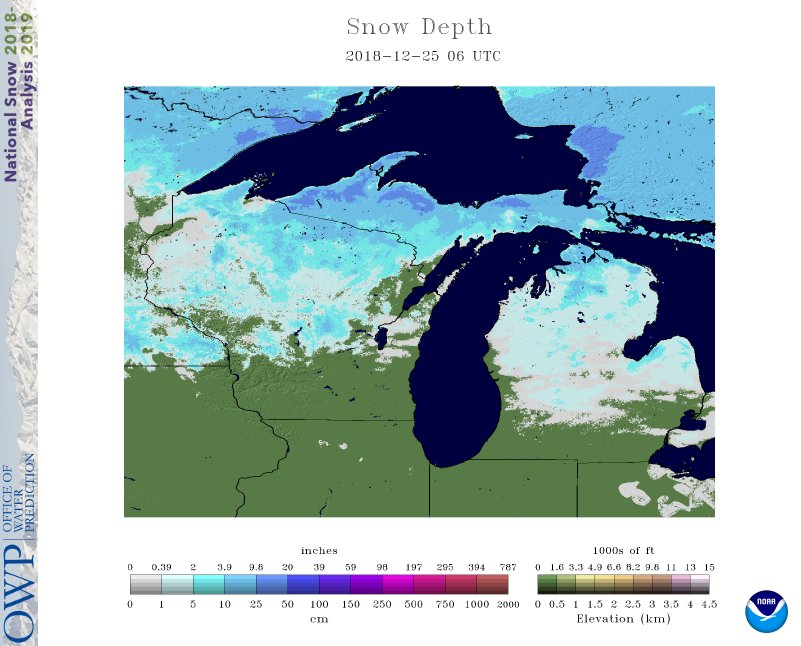 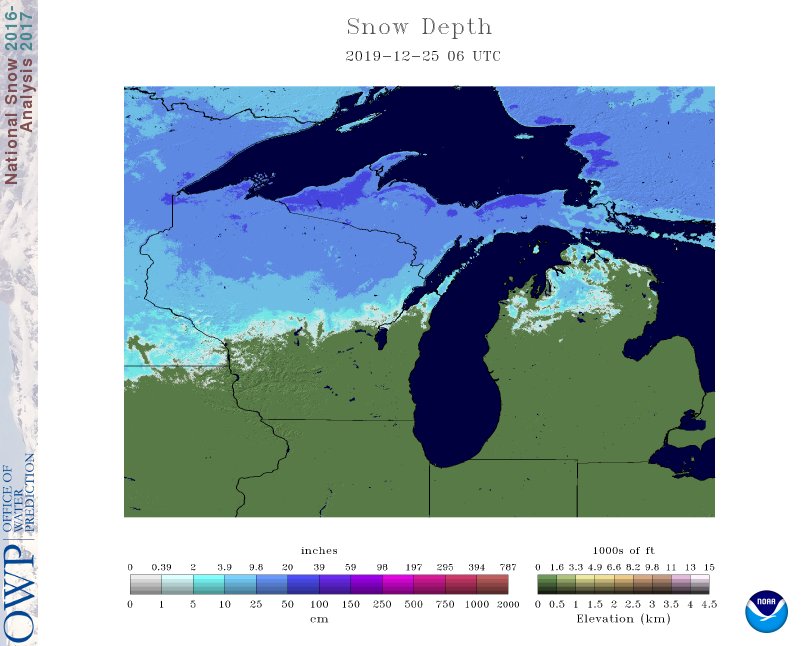 Happy belated Thanksgiving everyone. I hope everyone is safe and enjoying the holiday. It looks to be nice and sunny tomorrow so I think I will hang the Christmas lights outside.

What happen to all that cold and snow for next week .. Only two days in the upper 30s, then back to the 40s .. Loving winter !!

Snow does not a Winter make. We have the permanent overcast and freezing temperatures in place. Flora and Fauna have reacted appropriately…it is Winter.

However, a Winter with little to no snow is much more enjoyable for everyone!

We may need to travel to the East to enjoy the first major snowstorm of the season!

Another dud.. More above normal temps coming next week !!