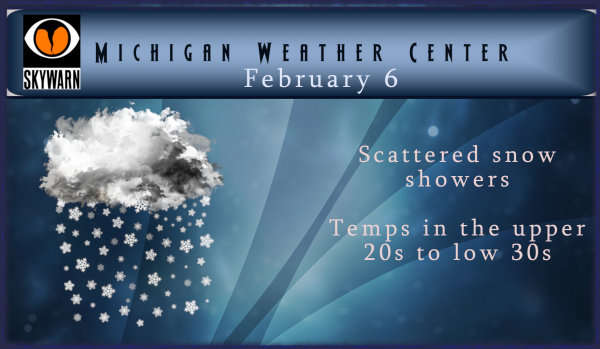 Another blanket of fresh snow has fallen here in Otsego – a whole 3 inches.  The current temp is 23.0° at 7 am.

Below are records set at various recording stations around the U.S.  Keep in mind these are in areas where populations are perhaps greater than small towns and burgs and include only the continental states.  I have seen snowfalls in greater depths in the Northeast and eastern Canada with some areas where one could walk out a second-story window (with snowshoes of course).  I imagine there are areas in the Rockies in small burgs and villages where snowfall could bury a cabin or home.  That said, here are the ‘recorded’ records:

Here are the records set in each US state for the most amount of snow to fall on a single calendar day at a weather station.

The biggest one-day snowfall for the entire United States is five feet three inches (1.6 metres) that arrived at Georgetown, Colorado on December 12, 1913.  (I have experienced snowfalls such as this).

These records do not include areas where no records or reports are kept.

The old Mount Shasta Ski Bowl in northern California holds the record for the most snow received from a single storm system. A total of 15.75 feet (189 inches) of snow was measured Feb. 13-19, 1959. Mount Shasta is a volcano in the Cascade Mountain range and rises as high as 14,160 feet.

Measurements in Thompson Pass, Alaska, show that an astounding 83 inches of snow fell over three days, with 52 inches piling up in the first 24 hours. Thus making this some of the most intense snowfall ever recorded on the planet.  I wonder about this statement or record, especially when there are areas in the Alps that get amazing amounts of snow.

Thus I end the tease for all of you snow lovers.  Our snowfall has mainly come from snow machines at the ski resorts this year.  Bittersweet down the road from me has been consistently opened all winter.

The winter weather advisory expires at 10 am however we may see scattered snow showers throughout the day.  Temps will remain just below freezing.  Our next system will move into the area on Sunday, or so it appears at this time. 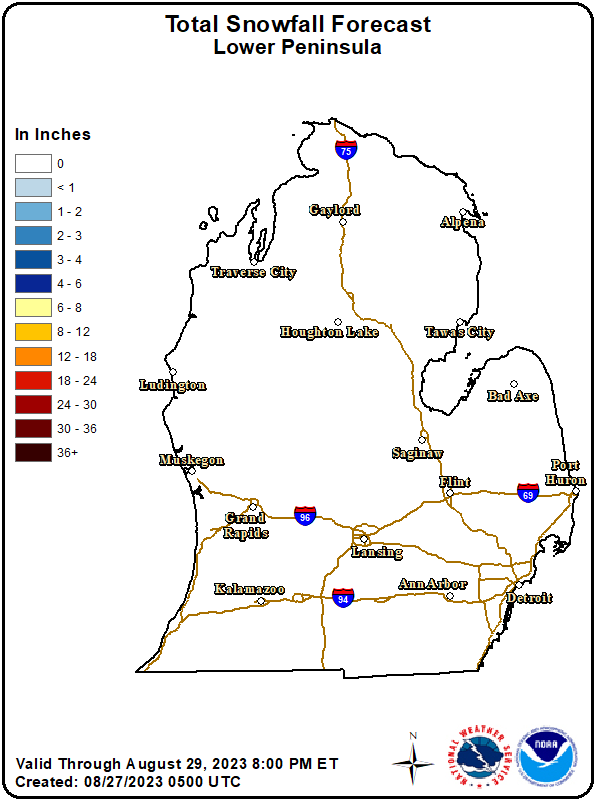 Looks a whole lot better when you switch to actual snow depth over the next 16 days!

Hmm, wonder why that map never gets posted? lol

Thanks for posting the GREAT NEWS about snow country! I absolutely love it! Thanks again!

The snow just keeps coming! Who would have thought?

Drum Roll please……………I am not sure what the official snow fall amount will be but here at my house I am now at 1″ that is right 1″ and that believe it or not would be the biggest snow fall at Grand Rapids since January 19th At this time it is 25 with light snow falling.
Slim

You know we’re in a snow drought when we’re counting tenths of an inch all day to finally reach 1 inch. Funny.

I’m surprised they showed 2 days of no snow, usually from December 1st to April 1st they find a chance for everyday lol, good stuff!!!!

Ain’t that the truth! I think it was last week they had snow on 7 of the 8 days but yet we ended up with several days in the 50s.

The snow just keep coming and more is on the way! The latest CPC looks good for cold and snow! Rock n roll will never die!

It is a great winter day outside! I especially like the temperatures today! Keep it coming!

Bring on the snow! Who wouldn’t want snow in MI in February?

As Indy stated – lots of snow chances coming up! Get ready!

Love the snow falling outside ….INDY

During the winter of 1996/97 Herman Michigan had a total of 384.0″ of snow. But that is not the record for a season here in Michigan that belongs to Delaware Michigan where in the winter of 1978/79 391.9″ of snow fell. As for the state by state records the 30″ reported at Herman can be verified. If I have some extra time I will look as some of the others. The larger locations like Watertown NY and Dover DL should be correct but for some of the very small locations well that is hard to say if they are correct… Read more »

Here at my house there is less then a half inch of snow, yes the ground and road have snow on them but that is all I can say. At this time it is 26 and cloudy here.
Slim

We got barely an inch of snow. Just enough to make the roads slick.

Had to look up where the Florida location was with their record 4 inch snowfall. Up on the top left of the panhandle. Must have felt like the end of the world when they had that.

Not quite enough snow to cover the grass, maybe a inch to a inch and a half. Got to love the storm track this year, missing out on every heavy snow or ending up on the warm side with rain. Shovels and snowblowers haven’t moved in a month.

WOOD says Sunday’s system will be light and the next possible system won’t be for another week. Sure is quiet around here…

WOOD: “Most of Saturday should be dry, with a chance of light snow Sunday PM into Sunday night.”

Cold air in place on Saturday then warm advection begins Sunday
with strengthening isentropic ascent and snow braking out by late
morning through the afternoon. Expect 1 to 4 inches by Sunday
evening. Colder air and some lake effect snow showers on Tuesday
then a stronger low may bring a swath of snow on Wednesday. Too
much uncertainty at this time range to give any amounts.