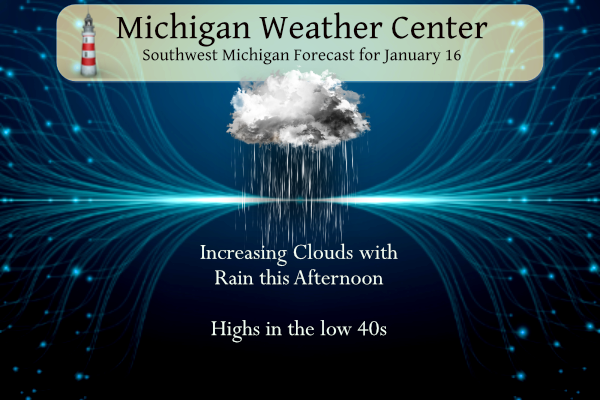 I Have a Dream by Martin Luther King Jr


Two events I remember from 1963 are the I have a dream speech of Martin Luther King Jr. and the assassination of John Kennedy.  This was a year of race riots in the south which reached as far north as Detroit.  I have always held in my heart that all men women and children are created equal.  It is in the heart of all which creates the character of their beliefs good or bad which may be passed down from generation to generation the love or hatred of God’s creation which He deemed ‘good’.  Some forget that this is the land of the free where all are welcome, as it states at the Statue of Liberty:

Not like the brazen giant of Greek fame,
With conquering limbs astride from land to land;
Here at our sea-washed, sunset gates shall stand
A mighty woman with a torch, whose flame
Is the imprisoned lightning, and her name
Mother of Exiles. From her beacon-hand
Glows world-wide welcome; her mild eyes command
The air-bridged harbor that twin cities frame.
“Keep, ancient lands, your storied pomp!” cries she
With silent lips. “Give me your tired, your poor,
Your huddled masses yearning to breathe free,
The wretched refuse of your teeming shore.
Send these, the homeless, tempest-tost to me,
I lift my lamp beside the golden door!”

Rain will move in today and then linger into Tuesday. ending as rain and snow showers Tuesday night. Temperatures may be cold enough for some freezing rain across central Lower Michigan today. Temperatures will be in the upper 30s to low 40s.

The latest CPC is looking better and better! Bring it!

Nice seeing the grass but a cold rain at 35 degrees sucks. I’d rather live down south then and have a warmer rain in the winter.

Nothing worse than a Cold rain!!

I’m personally enjoying seeing all this grass in the middle of winter. It’s always brutal when we have constant snow for 5 months. I like this pattern- get a big storm to enjoy and then melt it, and repeat 😀

I’m with you I like big storms. If it wasn’t for lake effect snow though winters would be boring. Idk if I could live outside of a lake belt area. I’d go south then because winters would be kinda boring relying on synoptic snows unless it’s an active winter

Always a good day when it’s raining in January! Just need some thunder now to go with it.

The rain has now move in with a temperature of 41.
Slim

With February and March yet to go it is still too early to say that winter is done. I still think we will see at least one or two major winter events in the next two months. I just hope it is not a major ice event. And lets hope that April is not too cold either but, you know very well that it could be.
Slim

We will be seeing a minimum of 4 more major events and at least 25 more inches of snow! Mark it down and take it to the bank! Let the good times roll!

Hopefully nobody took anything “to the bank” on January being nothing but cold and snow. They would have lost it all.

Would have been a bad bet!

MLK was before I was born. I have been to DC twice. When I stand on the steps on Lincoln Memorial I take a minute to envision what it must have been like and when you walk down by tht reflecting pond down there as well. The MLK memorial is grand. My last visit was spectacular the cherry blossoms were out to add to it. It is quite a memorial., If you haven’t been.
Family from Florida sent pix of frost this morning with temp of 44 at 7 am.
Have a good day.

I also have been to DC twice and it is a very humble city to visit. I remember MLK speech. I also remember going down south back in the day. (1959, 1960) I think that going to Alabama was a shock for us being from Michigan. But that was what it was like back then.
Slim

Thanks for sharing Slim.. I love to hear about people’s experiences first hand.

We’re not the only area in a snow drought. Boston has only received 3″ of snow ALL SEASON.

Chicago is not much better with only 4.8″ this season.

Wow, that seems impossible heading into the second half of January. Slim, do you have the overall snow totals for other nearby areas? Like Muskegon, Lansing, etc. Seems the lakeshore areas are well below average in snow totals as well.

Looks very odd with Muskegon only at about a third of GR. It would be nice if Holland kept track of snowfall. I would guess we are around 30 inches for the season, but with the wind we had during the 2 snow events it was impossible to get any kind of measurement. Whatever it is, I am sure we are now well below average for our area as well. If the totals end up as far apart as they are now, it will look very odd years from now when someone is looking back at past numbers.

I read that Muskegon favors a westerly wind whereas GR favors a NW wind, which is what occurred during the LE event.

No Mark. Grand Rapids does better with a west or west/southwest or west/northwest wind. Muskegon does ok with a west or SW or NW wind. Holland does the best with a NW wind. The event in December was just too windy for locations right at the lakeshore.
But you are right there will be some questions on this years snow fall in the future not only here but in western New York as well.
Slim

Ah, I had them flip-flopped. Thanks for the correction.

I’ve got good news and bad news: first the bad news – the Thursday snowstorm looks to be tracking to the North, so snow country is looking good, but GR may miss most of the accumulating snow! Now for the good news – a pattern change is imminent and the days of above normal temps and little snow is about to come to a crashing end next week! I love it! Rock n roll will never die!

More politicians should live by the words of MLK and stop vilifying people from the opposite party! What a concept!

Well the first 15 days of January are now in the record books and boy it has been one very mild start to January. There has yet to be a day this month were the mean average temperature has been below average. The last time that happened was on December 27th. The current mean at Grand Rapids is 33.9, at Lansing 34.4 and at Muskegon 36.5. If that were to hold for the rest of the month that would be the 3rd warmest January at GR the 2nd warmest at Lansing and by far the warmest at Muskegon. Also so… Read more »

It is crazy how 67 inches of snow fell in November and December and less than an inch has fallen all of January (so far).