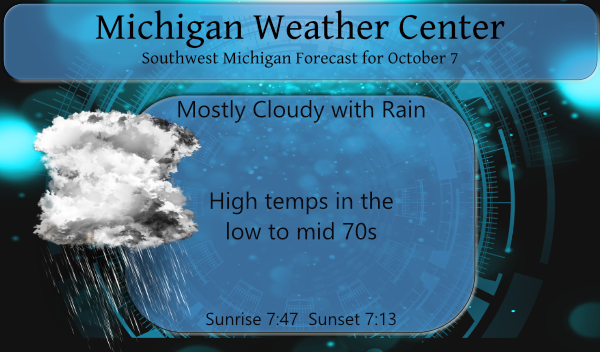 We have a more typical fall pattern of cloudy days for the beginning of October though temps remain on the warm side.  The cold air remains in Siberia where temps are in the 20s and 30s we keep in mind what generally goes around comes around.

Much of the U.S. west of the Mississippi River remains in extreme to exceptional drought conditions.  Michigan is in better shape though it has been fairly dry in the Lake Michigan counties, the thumb, and the northern U.P.  I am thinking the dry slot depicted in Allegan County should extend further eastward especially along the Kalamazoo River valley area where I live. 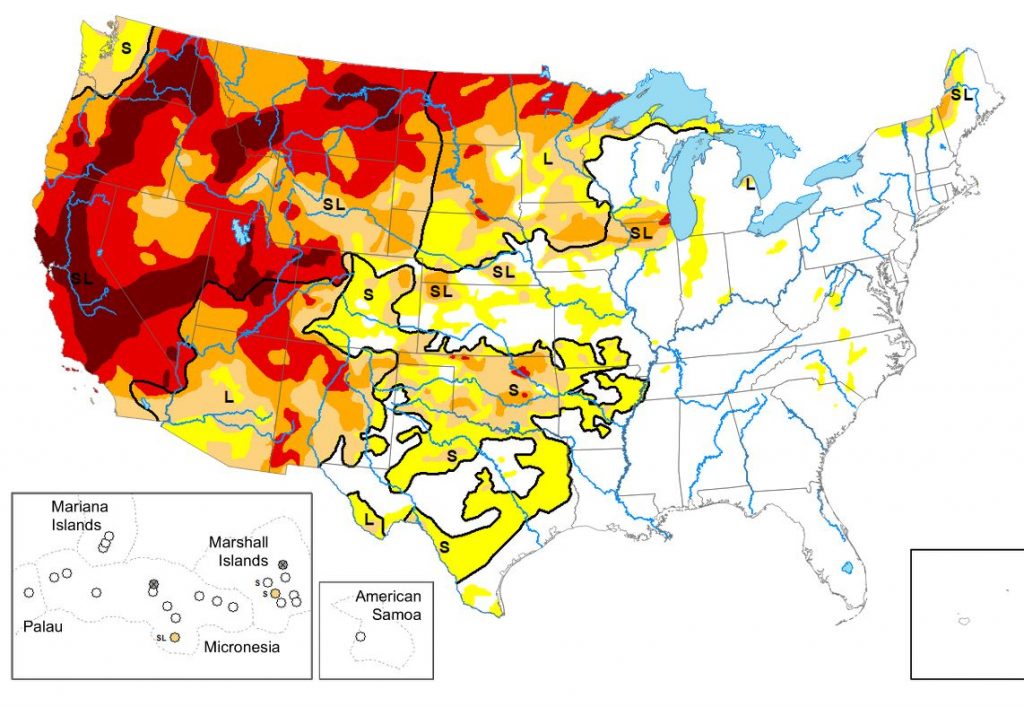 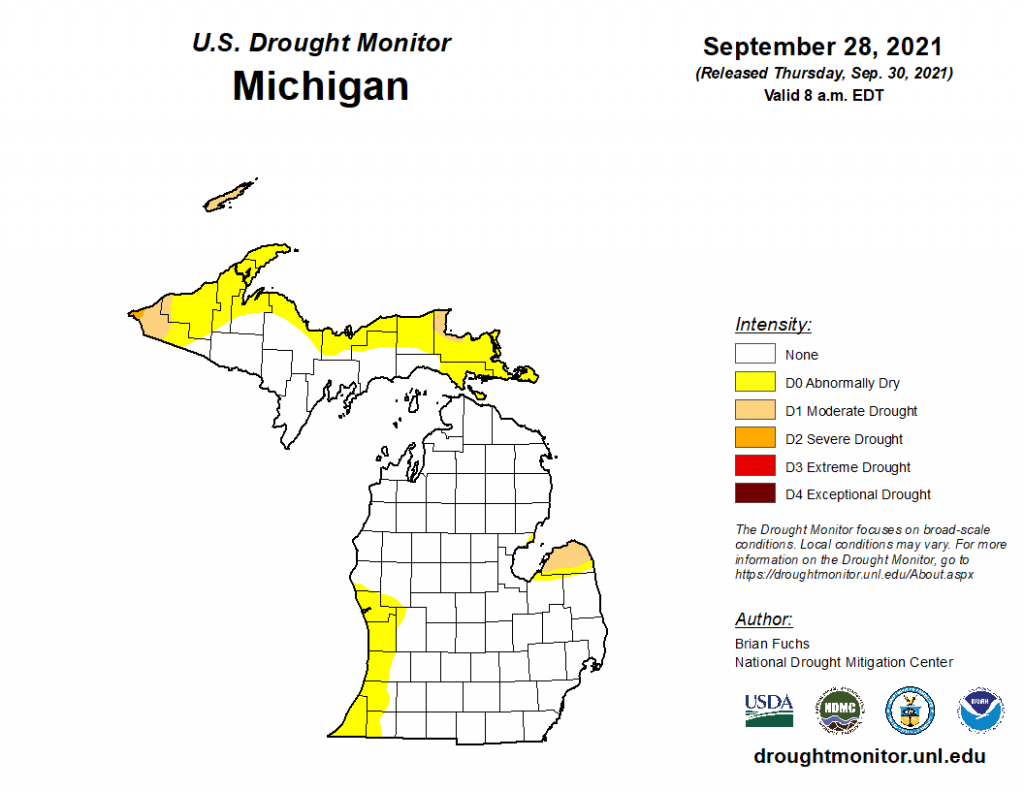 Showers will begin moving in from the south to the north today beginning a wet period lasting through Friday.  There are hints our temps may return to the normal of the 60s late next week.

Yesterday’s high temp was 69° and the low was 57°.  We had less than a minute of sunshine which teased us through the cloud cover.

Truly incredible all of the skiing I have gotten is over the last 2 winters with all the non stop warm weather hype! Get ready for a rocking winter baby! Incredible!

The overnight low here at my house was a very mild 63 the official low at GRR was 62. At this time it is cloudy and here with a dew point of 62. So far this fall season the lowest it has gotten at Grand Rapids is 47. This year will be the latest that the first low of 46 of less has happened here at Grand Rapids in recorded history. The old latest year was in 2016 with it did not reached 46 until October 8th. The next milestone will be 43 that record is now held by 1931… Read more »

Getting into some impressive stats. Thanks Slim!

This warm weather the past few years has been truly incredible. Warm seasons have been extended by weeks/months. Winter has been reduced to 2-3 months or less.

It will soon be the second week of October and I haven’t even had to get my jackets out.