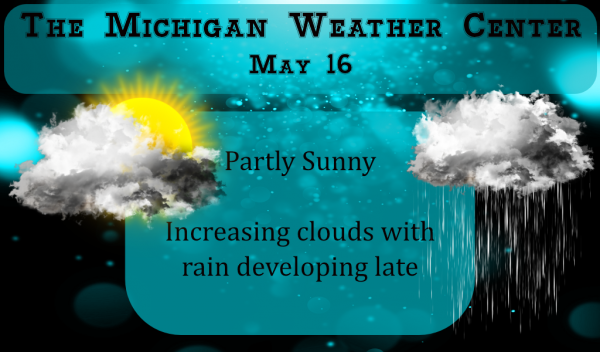 We have had two very cold periods in both April and May. Both seen near record cold maximum. During this time Mookie stated the following on

“Definitely overhyped and the forecasts were way too cold! We’ve seen plenty of record highs the past year. Way more than record lows.”

So, to see if that is true or not I decided I would look at all of 2019 and 2020 to date to see just how many records we set in that time frame. I also added to the list any top 3 events that were set. All events are as recorded at Grand Rapids.

2020 So far, the year 2020 a new record high of 50 was set on February 2nd So far this year there have been two events that have came in the 2nd spot. On January 9th, the high of 49 was the 2nd warmest high for that date and on February 3rd just after midnight a reading of 50 was recorded for another 2nd place day. So, for 2020 one new record high and two in 2nd place.

2020 so far, the only record warmest minimum was on February happened on the 2nd with a low of 33 that was good for a new record warmest low for that date.

Summery since January 1 2019 there has been 2 record highs and 1 record low.  So in reality there have not been way more record highs then lows. Now that may or may not change for the rest of this year. BTW with a mean of 48.5° 2019 was warmer than average but it come in as only the 47th warmest year on record here at Grand Rapids. 2019 with 51.37” of rain/melted snow was the wettest year on record at Grand Rapids and 3 new daily rain fall records were recorded.

I now have my tomato plants in and I also have planted my flowers that I have. In years past I bought plants already growing but this year I started my plants from seed. I also cut the grass yesterday for the 2nd time this season and with the rain the grass is nice and green.

Coldest Start to May 2020 ever ever throw the records out the window baby ….INDY

Good stuff, Slim. Just as I suspected. 5 record highs and minimums versus only 1 record low and minimum!

But aren’t you missing a recent record high? We just smashed an old record high by like 6 or 7 degrees a few months back.

Wow hit 74 degrees yesterday! Exceeded the forecasts once again and was +6 above average for the day.

As always Kirkwood is 4 or 5 degrees colder on his forecasts!

Thanks for calling out mookies lies about the recent cold snaps! It has been another very cold Spring! Those are the facts!

Someone is angry today for being called out, huh Bud?

This is the point forecast for GR rainfall tonight and tomorrow.

Looks like a better mow today in between the deluges.

I think that I will once again point out that this is NOT a political blog. People that want to have a political blog they should set up their own blog and then they can make any political comment they want on their own site. I think I know the political views of most of you the write on here. No one is going to change the views of anyone else. Anyway I am sure that there are sites that you can go to if you want to view you political views.
Slim

Thanks for bringing this up Slim. There are some days I don’t monitor the blog all day, which is quite often when the weather is warm and I would rather be outside. We all have opinions on how this whole thing is playing out however lets please keep them out of the ‘weather blog’. Thanks