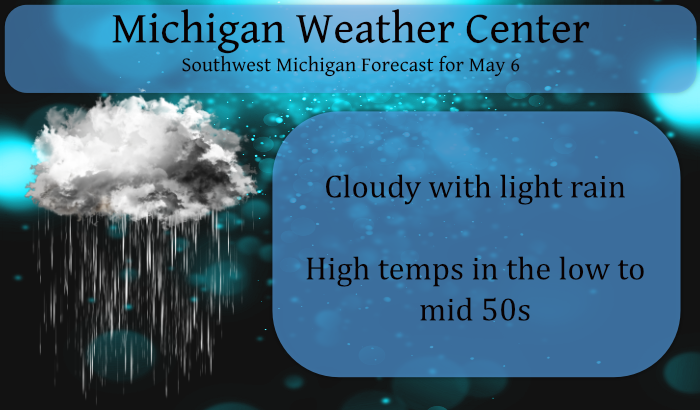 We have new normals released which is a new set of data from the previous 30 years by which we will judge whether any day will be cooler or hotter, wetter or dryer than normal.  Please note there are some formatting issues between coding differences between the NWS and myself – I corrected many of them but there is some letter cutoff on some of the paragraphs.  I will continue to fix these as the day goes by…

Most of the U.S. was warmer, and the eastern two-thirds of the contiguous U.S. was wetter, from 1991–2020 than the previous normals period, 1981–2010. The Southwest was considerably drier on an annual basis, while the central northern U.S. has cooled somewhat.

There are twenty years of overlap between the current normals and the previous iteration (1991–2010), which makes the annual changes between these two datasets somewhat muted compared to trends over the same period. Monthly and seasonal changes are more dynamic. For example, the current normals for the north-central U.S. are cooler in the spring, while much of the Southeast is now warmer in October, cooler in November, and warmer again in December. Atmospheric circulation dynamics and surface feedbacks result in substantial differences from month to month and region-to-region.

Changes during the core months of each season (January, April, July, and October) can be representative of broader differences between different normals iterations. The following examples illustrate the percent change in precipitation and the change in degrees Fahrenheit in maximum temperature for each core month.

January temperatures have risen in the new normals by 0.5–1.5°F across most of the country. The north-central region was a notable outlier that cooled by more than 1.0° F in some places but generally follows annual cooling patterns. Outliers aside, this winter warming correlates with increased precipitation normals throughout much of the country, as warmer air can hold more water vapor during winter. This is especially true on the western and eastern edges of the cooler north-central zone, where precipitation increased by 10–25% in January. Texas and Florida were also notably wetter during 1991–2020.

April is the most dynamic core month and exhibits a variety of significant changes in maximum temperature and precipitation. The maximum temperature normals are considerably lower in the north-central U.S. compared to the previous normals period. The entire northern tier is cooler, but changes reach more than -2°F in parts of the Dakotas. Cooling patches reach all the way to Louisiana, although the areas to the west and east of the Mississippi Valley have warmed considerably. The entire southeastern quarter of the U.S. is now considerably wetter in April, while the southwest is drier. Additional precipitation is also seen in the lee of the northern Rocky Mountains and the Great Lakes.

The Northwest is considerably drier as a percentage of the previous normal during what is already a dry season. The rest of the West is pockmarked with wetter and drier zones. The eastern two-thirds of the U.S. has an indistinct pattern of changes in the precipitation normals. Most of the East also remained near the same temperature levels, except for persistent cooling in the north-central U.S. and warming in the Northeast. However, the entire West and lee of the Rocky Mountains and Texas are all considerably (up to 2°) warmer.

A strong zonal pattern in the western two-thirds of the northern U.S. marked both wetter and cooler normals for 1991–2020 than 1981–2010. The rest of the country was consistently warmer, but the southwest and south-central U.S. were also drier. The East was warm and displayed alternating zones of wetter and drier conditions that were reminiscent of shifting storm tracks.

Overall, the central month of each season displayed cooling normals in the north-central U.S. to varying degrees, most distinctly in April. Precipitation normals were generally wetter east of the Rockies and drier in the central and southern West. While annual normals changes were generally consistent, the single months showed pattern shifts that indicate a relationship to repeated preference of certain upper air wind patterns and storm tracks that shifted north or south with the seasons. The patterns of normals changes are following spatial trends in climate circulation dynamics and surface feedbacks, but still demonstrate the warmer conditions expected in the U.S. overall and the reduction of precipitation in the West and increase in precipitation in the East as anticipated by models of future climate change.

Impressive snow map for mid May!

Looks like we have another four or five days until we get back to normal. The record low for today is 21. I am happy we are nowhere near that. The forecasted low for tomorrow night is 33. I hope the fruit crop is not affected.

We will have at least another 7 or 8 days of below normal temps! The normal high next week is upper 60’s!

So far the official high here at Grand Rapids has been just 48 if this holds until midnight this will tie for the 3rd coldest maximum for any May 6th and it would have to get to 54 to not be a top 10 coldest May 6 in recorded history. So the year of extremes continues. The current temperature of 44 is -19° for the 5PM average temperature for May 6th.
Slim

Up to 44* degrees in my area wow ….Boy the rain is cold hitting your head crazzy …INDY

Lol!! Not in Texas where I’ll soon be!!
Enjoy your perfect Rocky weather here!

That looks to hot! Horrendous!

Hey we finally got some rain that wasn’t just a hundredth of an inch or two. A soaking 0.2” today! At this rate we should make an inch by sometime in July.

Currently 42* degrees in my area that’s officially cold for May standards most people probably would agree with me on that one….INDY

According to the updated new 30 year averages the average temperature for 1PM at Grand Rapids is 62 and the current temperature at GRR is 45 so at this time it is about 17° below average at this time.
Slim

Get your furnace fired , you will need it for weeks on end!

We are entrenched in a cool pattern! The last half of April was incredibly cold and now well below normal temps, frost and freezes for most of May! Wow! Cold, cold and more cold!

The old Blow torch must be still out of gas lol ..INDY

The blow torch has turned into a freezer!

At this time it is cloudy here and 47. With a blink of the eye and the new averages the snow fall departure at Grand Rapids went from -28.8″ to -31.5″ so that means last winters 46.1″ of total snow fall was about over 2 and a half feet below the new average.
Slim

Funny to see our snow deficit grow in the month of May.

Very interesting data to read through! One question, have the new normals already been applied now, as in today or yesterday?

Temps In the 40’s and rain bundle up if you haft to be going outside today great poool Weather right ?? lol …Have another great below average day # 3 in a row wow to the wow ….INDY