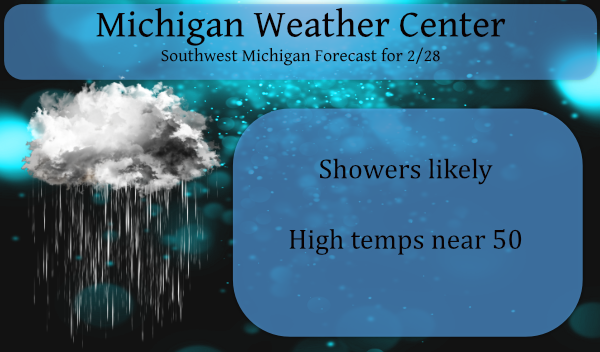 I spent a couple of hours outside enjoying the sun yesterday, we reached 52° which felt warm after the sub-freezing temps we had been experiencing.  We will still be near 50 today though the sun will be covered and we will see some rain and drizzle around the area to close out the month of February.

Below is the anticipated article from NOAA pertaining to the production of new climate normals coming soon:

What Are Climate Normals?

Traditionally, scientists define climate normals as three-decade averages of climatological variables. The current batch of 30-year Climate Normals developed and used by NOAA covers the period from 1981 to 2010 and is calculated from observations at approximately 9,800 stations across the U.S. operated by NOAA National Weather Service.

“NOAA’s Climate Normals provide a baseline to compare yesterday’s weather and tomorrow’s forecast to a standard for each location and time of year,” said Mike Palecki, project manager for NOAA’s 1991 to 2020 Climate Normals. “They can be used to understand the impacts of climate on many activities such as agriculture decision support, electricity load planning, building heating requirements calculation, construction scheduling, and many other factors impacting all sectors of the economy.”

NOAA scientists produce traditional 30-year Normals that meet this international convention, but they have also provided other reference time periods as needed. For example, time series for climate change studies are often compared to a more-lengthy 1901–2000 average set, and supplemental normals for shorter periods are also provided.

In this next round of Climate Normals, new things will be added—including several small changes to how NCEI calculates them.

“Our main methodologies have not changed since the last Normals cycle,” Palecki said. “But minor improvements have been made in how we round numbers, calculate percentiles, count the numbers of days exceeding thresholds, and format output.”

“These new Normals are a better baseline for today’s climate, helping inform activities in many economic sectors,” Palecki added. “Interestingly, this shift will result in there being fewer ‘above normal’ temperature days in most of the U.S. at the start of this decade compared to recent years that used the previous Normals cycle. Climate will continue to change in the U.S. during this decade, however, so we will need to do this again in 2031.”

Once the new NOAA Normals are released in May 2021, they will be available to the public from NCEI.

57 and sunny here. As you can imagine, most of the snow is gone.

50 degrees here with off and on rain. Few clumps of snow here and there, but now more grass showing than snow.

48 with on and off rain here.
Slim

I can’t remember the last winter I skied this much? Probably 4 or 5 years ago! What a winter! I love it!

With no snow in todays forecast and yesterdays official 1” of new snow at GRR that brings this February’s total snow fall to 30.6” and guess what that will make this February the 6 snowiest February at Grand Rapids. For the meteorological winter Grand Rapids will end up with just 45.4” that is about a foot below “average” and for the season so far Grand Rapids is at 45.8” and that is over a foot and a half of where GR should be going into March.
Slim

I will be waiting to see how the new official 30 year averages are my guess is that the monthly temperatures will go up and for Grand Rapids the total seasonal snow fall with also go up. As we have had snow big snow fall totals in the last 30 years here.
Slim

Absolutely great skiing and weather up at Nubs Nob! Fresh snow and all runs are open! Even the cross country trails are open and in excellent condition! It has been a spectacular winter for skiing! Let’s see some more snowstorms! My my, hey, hey, Rock n Roll will never die!