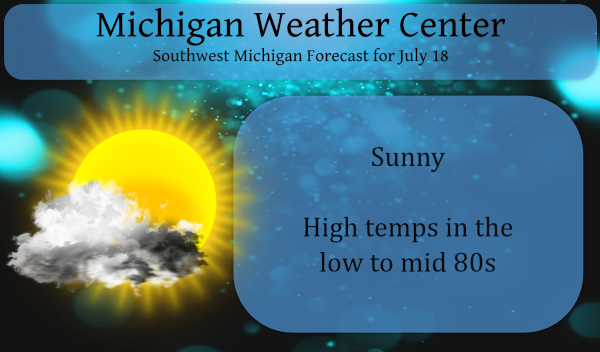 These are rainfall totals from Friday/Saturday’s system: 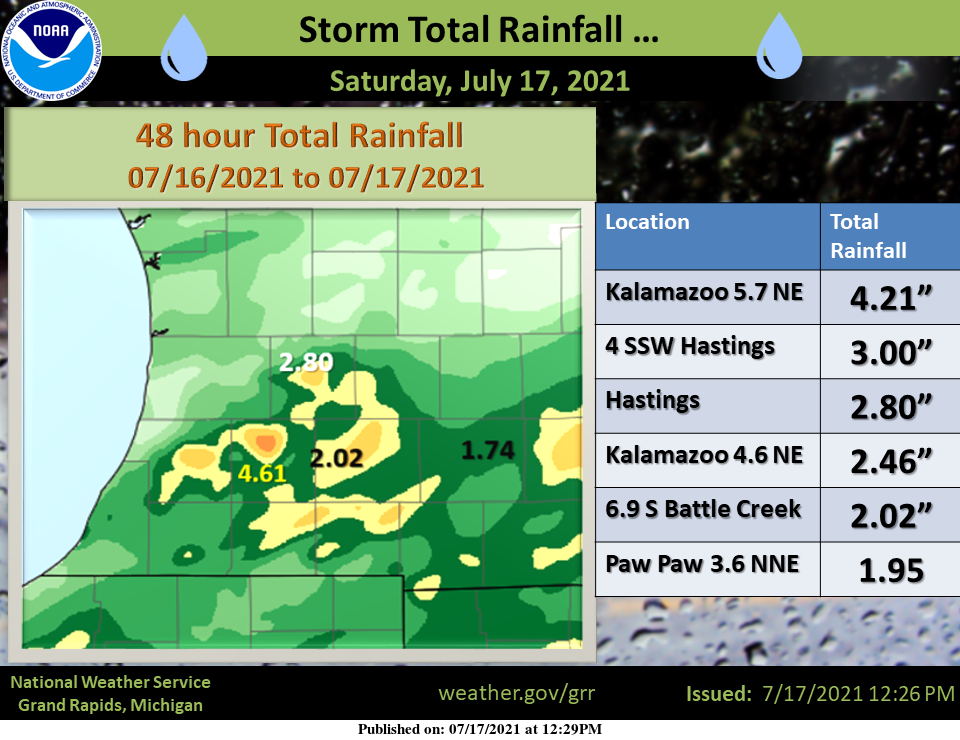 This week will be fairly quiet with warm temps and lots of sunshine in the forecast.

Summer rain sure is fickle. Our farm is in southern Allegan county about 15 miles off Lake Mich. 11 inches in June. .45 so far July.

As MV stated we now at the high point of the summer season temperature wise. Starting on the 21st we will start the downward trend. When you stand back and look at our summer and winter season they are shorter than one is lead to believe. That is why it is better to use meteorological seasons rather than the so-called calendar season. Here at Grand Rapids the average daily mean is now at 73.0° (30 year average) or 74° (15 year average) By August 31st that is down to 68.7 (30 year average) or 69.0 (15 Year average) and if… Read more »

I generally consider May 21- September 21 the ‘summer’ season, as temperatures are typically always in the 70s-90s for highs (besides the occasional cool down). Even though temperatures “fall” starting on July 21, I still consider the next couple months to be just as warm but with a weaker sun angle.

Spent yesterday in Mt. Pleasant for my niece’s wedding. Picture perfect day for a wedding. Driving home, the smoke was noticeable. As the sun was approaching the horizon, the smoke filtered out all of the glare. It was a beautiful orange orb.