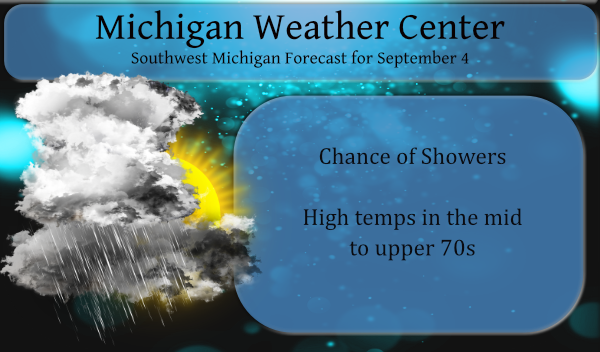 I titled this report Labor Day Week because I will go over some records for the week of September 1st to September 7th Labor Day falls on the 1st Monday in September and of course that can be any day between the 1st and the 7th This year it is on the 6th . Back when I was young my dad would take us to some fairs in the summertime.  And two of the last and biggest fairs were always the Michigan State Fair in Detroit and the Saginaw fair. We lived in Alpena and then Bay City during that time. The State fair last day would be on Labor Day and the Saginaw Fair would start on the Friday before Labor Day and end on the Saturday after Labor day. We would go to the state fair before Labor Day and visit some family that lived in the Detroit area. We would spend one day at the fair and if the Tigers were playing at home, we would go to a ball game. And then on Labor Day weekend we would go to the Saginaw fair. Now both fairs are gone.

So this first week of September can range from the very hot to the kind of cool to almost cold.

I just read that Bill’s car was stolen. That’s horrible! Why do bad things happen to good people??

It’s been pretty quiet here. That’s what happens when the weather is boring, but oh so wonderful.

We have the Allegan County Fair which has been going on since 1852 – when I lived in Maine we had the Skowhegan State Fair which has been running since 1819. The state fair was the second week of August, the Allegan Co fair starts next Friday. As an interesting tidbit, I remember the Skowhegan fair having a sideshow tent with burlesque shows for the men which one would never see here in Michigan with the Baptist and Reformer environment.