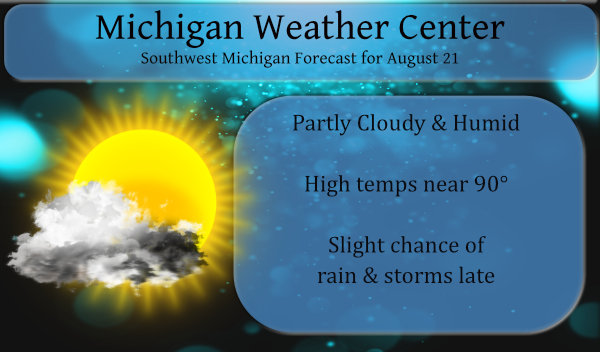 La Nina coming? There are indications that for the second year in a row a La Nina maybe coming.

ENSO-neutral is favored for the remainder of summer (~60% chance in the July-September season), with La Niña possibly emerging during the August-October season and lasting through the 2021-22 winter (~70% chance during November-January).

Recently, sea surface temperatures (SSTs) were near-to-below average in the central and east-central equatorial Pacific, with above-average SSTs in the far eastern Pacific. In the last week, most Niño indices were slightly negative (-0.2°C to -0.3°C) except for the Niño-1+2 index, which was +0.7°C . Subsurface temperatures cooled considerably in July, becoming quite negative (averaged from 180-100°W;  reflecting the emergence of below-average subsurface temperatures east of the Date Line . Low-level wind anomalies were easterly over the east-central Pacific Ocean, while upper-level wind anomalies were westerly across the eastern Pacific. Tropical convection was suppressed over the western Pacific Ocean and enhanced over a small region near Indonesia . Given the surface conditions, the ocean-atmosphere system reflected ENSO-neutral.

Compared to last month, forecasts from the IRI/CPC plume are generally cooler in the Niño-3.4 SST region during the fall and winter 2021-22 . Recent model runs from the NCEP CFSv2 and the North American Multi-Model Ensemble suggest the onset of a weak La Niña in the coming months, persisting through winter 2021-22. The forecaster consensus continues to favor these models, which is also supported by the noticeable decrease in the observed subsurface temperature anomalies this past month. In summary, ENSO-neutral is favored for the remainder of summer (~60% chance in the July-September season), with La Niña possibly emerging during the August-October season and lasting through the 2021-22 winter (~70% chance during November-January).

This discussion is a consolidated effort of the National Oceanic and Atmospheric Administration (NOAA), NOAA’s National Weather Service, and their funded institutions. Oceanic and atmospheric conditions are updated weekly on the Climate Prediction site. A probabilistic strength forecast is . The next ENSO Diagnostics Discussion is scheduled for 9 September 2021.

During a La Nina event, the changes in Pacific Ocean temperatures affect the patterns of tropical rainfall from Indonesia to the west coast of South America.  These changes in tropical rainfall patterns affect weather patterns throughout the world.  These effects are usually strongest during the winter months when the jet stream is strongest over the United States.  La Nina episodes in the winter months feature a wave-like jet stream flow across the United States and Canada, which causes colder and stormier than average conditions across the North, and warmer and less stormier conditions across the south. Historically for this part of the Midwest, fall tends to be warmer and drier than normal while winters tend to be wetter than normal. However, there are also many other complicated factors in the atmosphere and oceans that can also impact our weather patterns.

At this time the temperature is now at 87 here and the dew point is now back up to 74 and mostly sunny.
Slim

Most people I know would be perfectly fine with another lackluster and mild Winter like the past several. Keep the streak going! As for the current weather, yuck! Dew points in the 70’s yet again, heat index over 90 again. It has been a steamer of a Summer this year with all the humidity.

In the future when people look at the high temperatures they will think that the summer of 2021 was for the most part a “average” summer at least here in much of Michigan. Here is a fun fact the last two winters at Grand Rapids there was only a total of 99.6″ for both winters and that is the least amount of snow fall in two back to back winters here at Grand Rapids in the last 70 years and in that 70 years there have been 10 winters where more snow fell in one winter than in the last… Read more »

Nice stat, howler I cross country skied, downhill skied and snowmobiled as much as ever! Incredible!

All of those people should more to a warmer climate then!

Forecast?…We have cold, snow, ice, and devastating wind chill numbers coming our way. Ironically, this forecast is correct 100% of the time.

In my post the DJF snow fall total for the winter of 2011/12 is 47.7″ That is still the 2nd least amount of meteorological winter snow fall in the last 20 years. The official over night low at GRR was 67 here at my house the low was 69. Yesterdays official high at GRR was 87 that is the high for the month so far and it has happened 3 times this month. At this time it is 75 here at my house with a dew point of 70.
Slim

Bring on the cold and tons of snow! Who wouldn’t want cold and snow living in MI! Snow is fantastic for the winter tourism! Rock n roll baby!

In my humble opinion snowfall predictions for any one winter is a fickle beast generally in opposition as to what is predicted. Slim is one of the few who got it right last year.

Thanks but it still is just a guess.
Slim

A good guess at that!