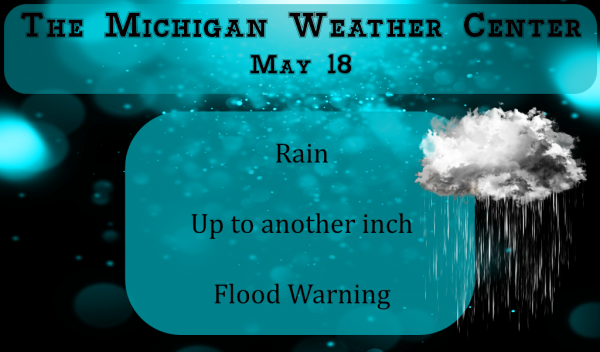 Below is the list of the past, present and future tropical storm names for the Atlantic:

The names are used one after the other. When the bottom of one list is reached, the next name is the top of the next list.

Since 1953, Atlantic tropical storms had been named from lists originated by the National Hurricane Center. They are now maintained and updated through a strict procedure by an international committee of the World Meteorological Organization.

The six lists above are used in rotation and re-cycled every six years, i.e., the 2019 list will be used again in 2025. The only time that there is a change in the list is if a storm is so deadly or costly that the future use of its name on a different storm would be inappropriate for reasons of sensitivity. If that occurs, then at an annual meeting by the WMO committee (called primarily to discuss many other issues) the offending name is stricken from the list and another name is selected to replace it. Several names have been retired since the lists were created. 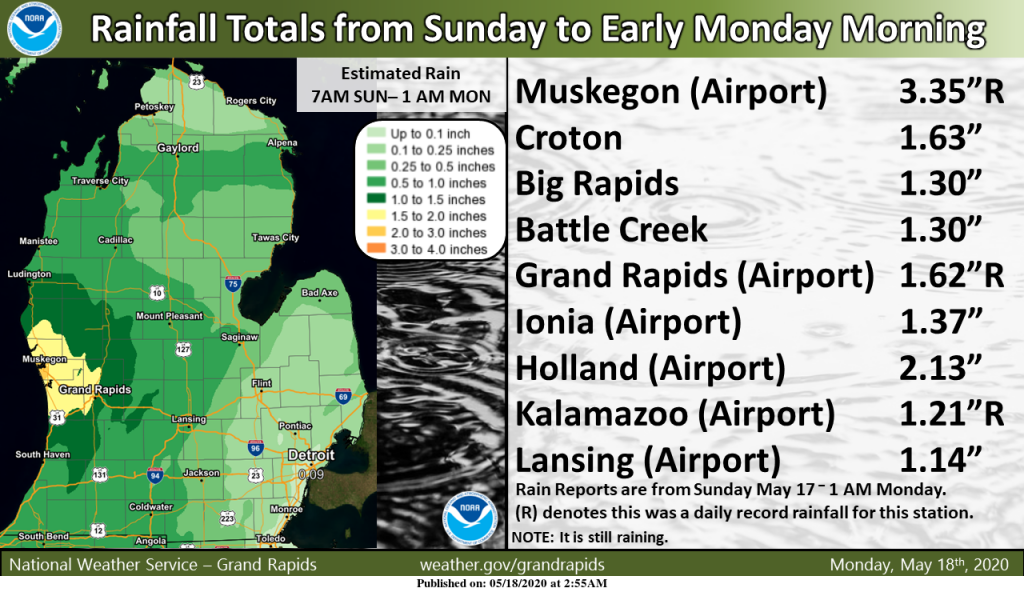 We continue with our flood warning into the afternoon: 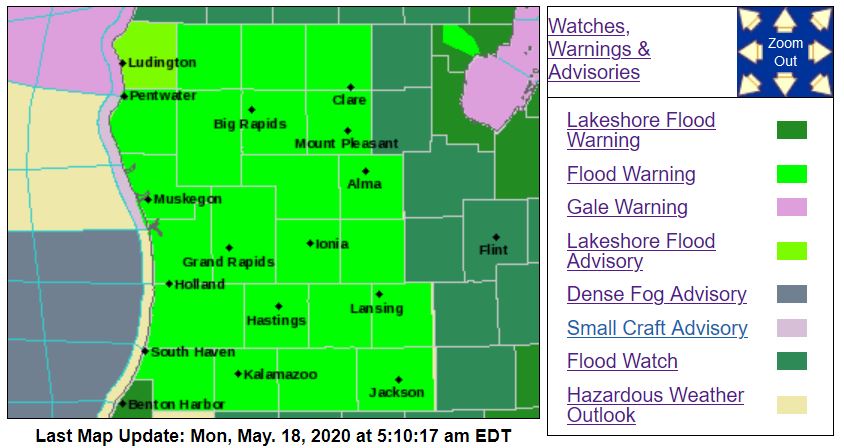 Tons of rain yesterday and some today. I went out looking for tomato plants at the greenhouse and he had one left.
I took it in hopes of finding another. This week will be perfect for planting everything.

Get ready! We are pretty much in the above average temps bullseye until at least June!

Liking all that red !

For the end of May I sure hope so …..Nother below average day today …INDY

We have had 3.10″ of rain thus far here in Portland since the event has started .. Oh, and i dont know why i am bouncing between two names here on the blog.. lol

At this time I have recorded 2.89″ of rain here for this event. Just cloudy here now with a temperature of 57.
Slim

Here’s a pic of the gulley behind our house. It normally has a little 2 foot wide creek about a foot deep. Today it’s about 100 feet wide and 15 feet deep.

Looks like the Grand River. I meant to check the Buttermilk Creek in town when I was driving thru but forgot to.

A ridiculous 2.8” of rain here since yesterday morning, and it’s still coming down. The Black River across Chicago Drive from us has overflowed and flooded all the fields around us. Bad news again for the farmers who just planted all those fields a week or two ago.

Not good. I am sure the fields across Chicago Dr on 40th are flooded too.

That CPC looks like a red bullseye for Lower Michigan!

With all this rain there will be mosquitoes every where.
Slim

Tons of rain and warm temps and sun = it will be a jungle out there in a few days!

Good thing your staying inside ….INDY

Another below average day in May with more rain the Grand River is flooding now this coming weekend we were supposed to go to Indianapolis looks fantastic weather wise though it was nice watching Nascar yesterday it’s time for baseball to get going among other things have a super Monday..INDY

There are still some issues to work out before major league baseball is played. As for the Whitecaps it don’t look like that is happening this year. And next year there looks to be a lot of changes for them as well.
Slim

Many of areas in and around the capital city are very low lying. Fortunately, we are not in one of those areas. That said, it is rare when our sump pump fires up. I have heard it several times in the past 24 hours.