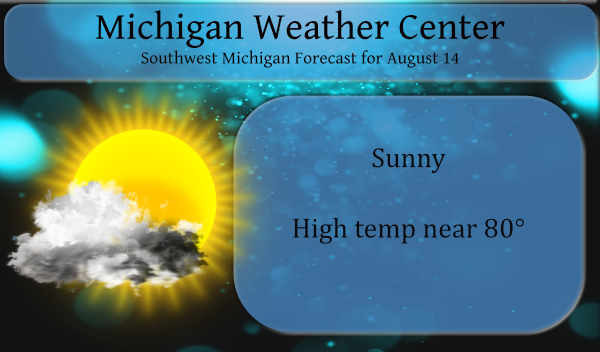 Boy it sure was humid on Tuesday (August 10) The highest reported Dew Point in Grand Rapids on Tuesday was 79. Now one might think that would be a record high DP and while it is indeed on the upper edge of how high the dew point can get here in Grand Rapids, but it has gotten that high on several days in the past.  This past week might not be a true “heat wave” but it sure was a true “humid wave” I now have found a web site that keeps records of past dew points. And I looked back to 2001 and I was surprised to see that in all of the summers from 2001 to 2021 there have been days with the dew point has reached the mid to upper 70’s in each of the past summers (at least 2009 to 2021) This year the highest reported dew point at Grand Rapids has been 79. But this year July had a dew point of 76 and back in June there was dew point of 75 reported. So how dose this year stack up to past years?

Here is a fun fact August 1992 was the coolest August of record here at Grand Rapids but on August 10th that year at 2 pm and again at 4 pm the temperature was 85 with a dew point of 76 good for a heat index of 95.

Beautiful coming home to temps in the mid 70’s feels like air conditioning compared to 90’s and heat index in the mid 100’s hot hot hot …In Florida!! The no 90’s degree days continue what a streak I can see September it’s coming on fast Summer is slipping away just like our data …INDY

Welcome back. The dew points here when you were gone were very much Florida like but the temperatures were less that what Florida would have.
Slim

Three weeks ago, we were at Lake of the Ozarks. It was mid 90s all week with heat index of 100-105. We rarely left the water. Beautiful part of the country.

Perfect day today at Silver Beach in St. Joe. Lots of people and lots of boats on the water.

Good find Slim! It would appear that a dew point of 80 or better is pretty rare around here. As for the DP being in the 70’s every year, I think it would need to be looked into how long it stayed there. As in how many days in a row. Like this past week it was day after day in the 70’s, not just 1 day or 2 days, but about a whole week. Anyways, interesting data to look over! One other thing, just imagine how hot 2012 would have been with dew points at 80!

And yes, I would think that a dew point of 80 or so would be the upper limit around here. I was surprised that it has reached 77, 78 and 79 as many times as I have found so far.
Slim

Nice info! Yeah I wouldn’t think there are long stretches like we just had very often. And I like the term “humid wave”!

Thanks for all this info Slim – had to read it a couple of times to process. Seems I can remember a lot of hot and humid days back in the 50s and 60s when I was growing up, of course, that was back before people had air conditioning in their homes so it probably stuck with me. Geez, I am getting old…