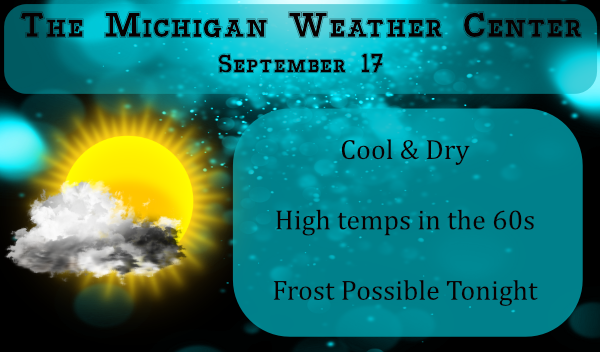 Though it is not unheard of I hadn’t excepted these headlines quite this soon which generally has been in mid-October the past few years.  Looking at the area matrixes for the state we could see the upper 30s south of I96 and at or near freezing north of I96.  Some of the lower colder spots could drop into the upper 20s.  These cold temps may be around for the next three nights.  Daytime highs will be in the low to mid-60s through the weekend. 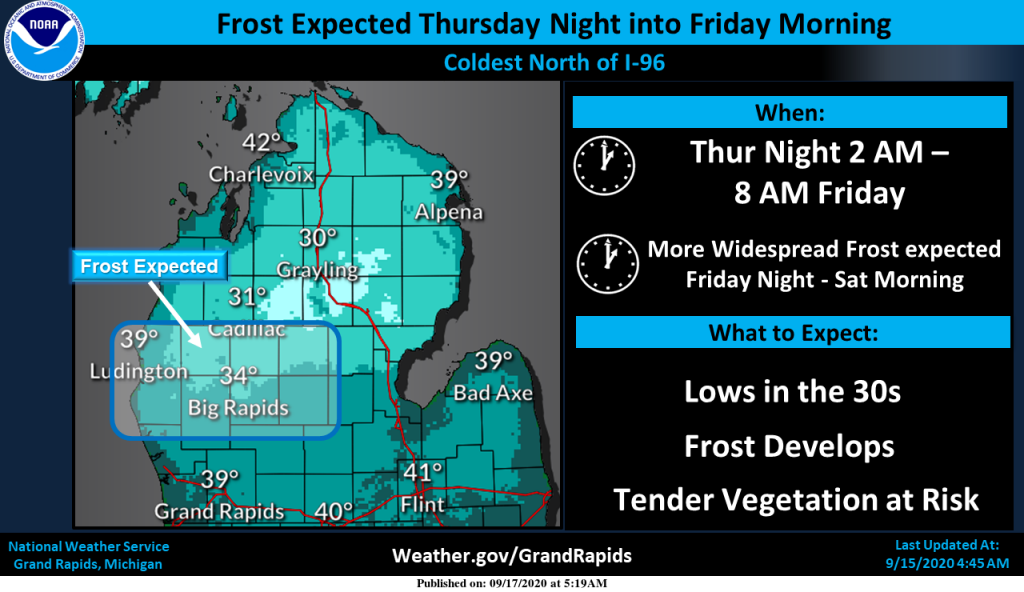 The updated long range guess from the CPC is out and they are thinking that this fall will be warm and for the winter the idea is for a equal chances on the temperature (think near average) but their thinking is for a wetter than average winter season and into the spring. We will have to see how that plays out. With sunny skies and no noticeable smoke the temperature here is 66.
Slim

GREAT SCOTTY…Frost and Frezze advisors!! Turn the heat up!! ..Lets hope mookies poool is heated lol…We will call this hoodiee upp Thursday it’s cool outside but fresh I would take this Fall weather all summer long the best … Enjoy our below normal September we have on going INDY ….

Mookie is swimming and Barry is running his ac 24/7! Some things will never change!