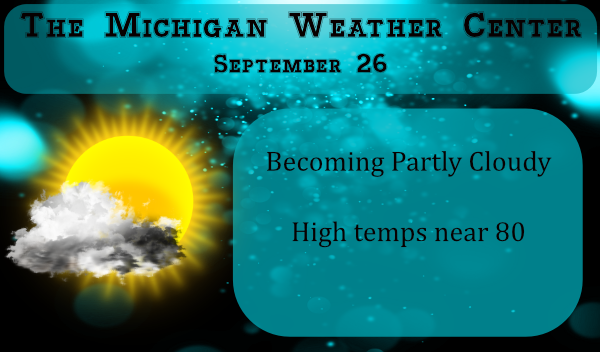 This year we have seen flames ravaging in the west, but during the autumn of 1871, fire swept across part of eastern Michigan laying claim to life, property, and natural resources, primarily in Sanilac, Huron and Tuscola counties.  “A skyful  of flame, of smoke a heavenful, the earth a mass of burning coals, the mighty trees, all works of man between and living things trembling as a child before a demon in the gale,” is how the Michigan fire of 1871 was described in a history of Sanilac County. “To those who have seen, the picture needs no painting.”

Small fires that broke out gradually ran together drawing dry air from inland rather than moist air from over the lakes. Wind carried chips and fragments, starting new fires. Big brush piles left by logging practices of the time added to the ferocity of the fires. The pine needles and stems accumulated on the ground contained heavy amounts of resin and, combined with leaves and other organic matter, burned very hot. These were not like the fires we see today, that burn hottest in the air. These fires burned hottest on the ground.

On Sunday, Oct. 8, 1871, the fire started blowing, burning, killing and devouring everything in its path. In some community’s people went to bed at night, only to be aroused at midnight by the fearful cry of “Fire!” They watched their homes, farms, livestock, and belongings vanish into smoke and ashes. Some were able to save themselves. “Others, choked with flame and smoke, left only their charred bones to tell their friends where and how they died,” said one report. Thousands of acres of valuable pine were gone in a matter of hours.

In just a half-hour, Forestville was in ruins. At White Rock people plunged into the lake, but the lake was so rough that women and children were thrown back on the beach. They risked death by drowning in order be saved from death by fire. Some dug holes in the ground or a bank and managed to survive by crawling into the shelter. Losses included crops, houses, businesses, livestock, grain, hay, bridges and crossings in swamps.

“It is estimated that the dwellings, household goods, clothing, winter’s provisions and supplies for stock of from 4,000 to 5,000 people were destroyed and with the mills the means to supply food for these,” one account reported.

Yet, with all its magnitude and intensity, the fire of 1871 did not consume all the timber, but in most places only deadened the green timber and prepared the way for a more terrible calamity 10 years later. The population was denser on Sept. 5, 1881, when a firestorm traveled across Sanilac County in four hours, leaving 150 people dead and hundreds injured. To save themselves, some residents jumped into wells, remaining there for up to five hours before crawling out. Others never made it out.

Enjoy the temps today, because a Major cool down is on the way!

Today Paul Pastelok(Accuweather long range guesser) came out with his updated winter 2020/21 guess For our area he is guessing for a wet and mild winter He it claiming that temperatures will run about +2 and that rain and snow melt with be between 125% and 149% above average. He has only a short written summery for some of our area. “ Early season chill is expected in the Great Lakes, Ohio Valley into the Northeast, then a big turn midseason, ease back on extreme cold, higher temperature departures and less snowfall for mid-Atlantic and Ohio Valley.” For areas to… Read more »

Well considering that it has been a long time since we have experienced a truly cold winter and the winters seem to be getting more mild with each passing year, Mr. Pastelok’s guess seems to not be very far-fetched.

Agreed. The past several years it seems to get colder in November with some snow, then December and January have been incredibly mild. I would take another repeat of that!

Wow, sounds utterly terrible! Especially having to choose between burning or drowning. Hope we never see anything like that around here!