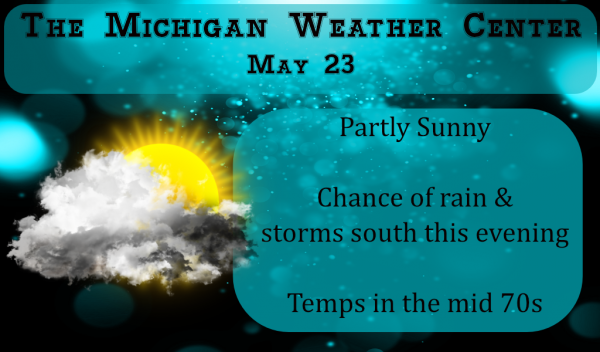 Originally called Decoration Day, from the early tradition of decorating graves with flowers, wreaths and flags, Memorial Day is a day for remembrance of those who have died in service to our country. It was first widely observed on May 30, 1868 to commemorate the sacrifices of Civil War soldiers, by proclamation of Gen. John A. Logan of the Grand Army of the Republic, an organization of former Union sailors and soldiers.

During that first national commemoration, former Union Gen. and sitting Ohio Congressman James Garfield made a speech at Arlington National Cemetery, after which 5,000 participants helped to decorate the graves of the more than 20,000 Union and Confederate soldiers who were buried there.

This event was inspired by local observances of the day that had taken place in several towns throughout America in the three years after the Civil War. In 1873, New York was the first state to designate Memorial Day as a legal holiday. By the late 1800s, many more cities and communities observed Memorial Day, and several states had declared it a legal holiday. After World War I, it became an occasion for honoring those who died in all of America’s wars and was then more widely established as a national holiday throughout the United States.

In 1971, Congress passed the Uniform Monday Holiday Act and established that Memorial Day was to be commemorated on the last Monday of May. Several southern states, however, officially commemorate an additional, separate day for honoring the Confederate war dead, sometimes referred to as a Confederate Memorial Day: January 19 in Texas; third Monday in Jan. in Arkansas; fourth Monday in Apr. in Alabama and Mississippi; April 26 in Florida and Georgia; May 10 in North and South Carolina; last Monday in May in Virginia; and June 3 in Louisiana and Tennessee. Since 1971 the earliest that Memorial Day can be observed is May 25th (as it is this year) and of course the latest is May 31st

I hope everyone has a nice and safe Memorial Day weekend.

FYI – Whitmer has not put anyone out of business in MI! Here are the 2 leading causes for unemployment in MI! 1. A global pandemic, namely Covid 19! 2. Trumps horrible lack of leadership and multiple mistakes he has made dealing with the pandemic! The list of his mistakes and inaction is too long to list on the blog site!

What an awesome day! It was awesome up in snow country!! So great to live like a Free American again!!

It was just so sad today driving up north and seeing the hundreds of businesses that Witchmer has put out of business with her wreckless actions!

At the lake for the first time this season. Beautiful day! I hope everyone has a fun and safe holiday weekend.

Another piece of Memorial Day facts
NOW, THEREFORE, I, WILLIAM J. CLINTON, President of the United States of America, do hereby proclaim Memorial Day, May 29, 2000, as a day of prayer for permanent peace, and I designate 3:00 p.m. local time on that day as the time to join in prayer and to observe the National Moment of Remembrance.May 26, 2000

NWS GR didn’t have a good write up this morning, but check this out from NWS Detroit: “The 500mb height anomaly will increase to +15dam on Monday bringing an unseasonably warm stretch. Surface dewpoints will climb into the upper 60s to about 70F for Memorial Day making for a hot and muggy holiday yielding heat indices near 90F. This tropical like airmass will be favorable for higher SBCAPE values, but dynamics will be shunted as the expansive ridge aloft destructively interferes with a series of shortwave troughs arriving during the middle of the week. There will still be daily chances… Read more »

Thank God for a smart, thoughtful and responsible Governor! Whitmer Rocks! Keep up the great work!

Alright! Heading up north with my wife to snow country!! Hopefully The Wicked Gretch of The East and her family left enough food in the restaurants up there after they all descended on TC yesterday! Hey INDY, crack a few sprites for me and enjoy the time with your family and friends this weekend!

If you are going to TC you might not want to tell them you are NOT from northern Michigan!!! This is from the local news. The biggest change? No tourists. The owners said it you’re not from northern Michigan, don’t come to their bar. “We have flattened the curve. This area has worked super hard and we’ve had what? 23 cases total I think. We’ve worked that hard we deserve to feel safe and I would like to keep my staff and customers as safe as I can and I’m asking that people from downstate don’t come in until they’re… Read more »

Rock on slim! The cases in Kent county are still rising at a good clip with thousands of reported cases! I agree 100% with that owner! I would ask for ID and send them home! On top of all the asymptomatic people not wearing masks and the 5,000 MI citizens dead I would keep them far away!!!

Have fun in your basement!! Gorgeous up here in snow country!!

Tell that to Big Gretch! She has no problem coming up here!

Well, today will be our 4th straight above average day. And WOOD shows 7 or 8 more upcoming. I love it!

Yes, 4 nice days in a row that is nice.
Slim

It looks like we should enter a very warm and humid period over the next several days. This has happened in the past so it is not all that unusual. There is some question as to how long this warmup will last as there are some hints to a cool down as we get past the first week of June. As has been said before a brief warm up then maybe a cool down. At this time it is clear here and 61.
Slim

Hmm the NWS mentioned temps 10-15+ above average. Seems pretty similar to me. And could this streak be longer in duration as well? We will see