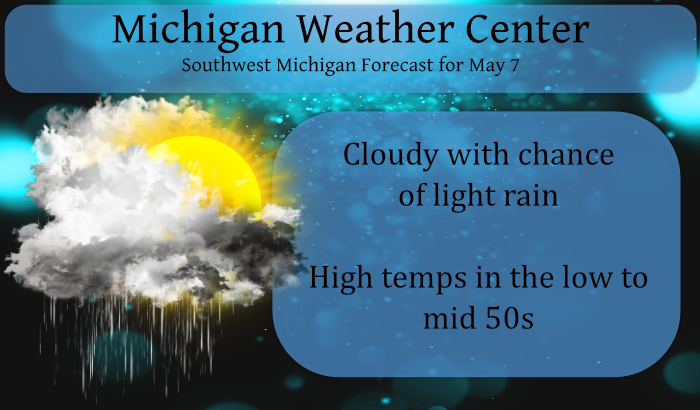 We have about a 30% chance of rain for this morning and once again it is predicted to be meager at best.  The best chances of rain will come well east of US 131 – the eastern side of the state rain chances increase to 80% so we will have to take what we can get in the dry spring we have been experiencing.

We remain in a persistent moderate drought and without decent rains, it appears we will remain in a dry pattern. 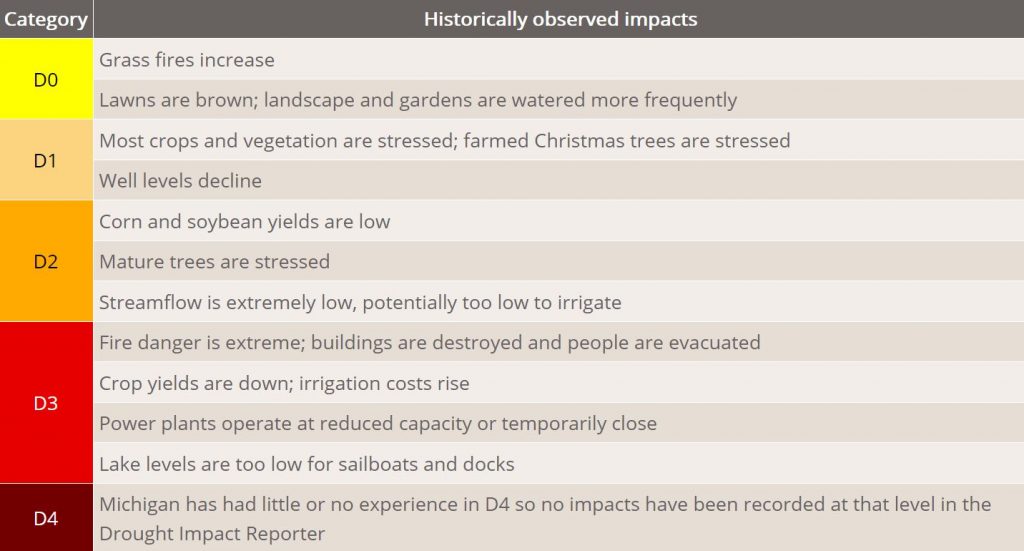 Sheesh, it’s chilly out. Looks like I will have to fire up the furnace tonight.

Frost and Frezzee advisorys warnings out for just about the middle May GREAT SCOTTY!! INDY

Yes and more warnings will be coming next week! Incredible cold spell!

75 beautiful degrees here in Texas already!! I’m prepared for this!!

The official overnight low of 32 makes today the 7th coldest low for any May 7th in recorded history at Grand Rapids and the coldest May 7th low since 1947. Will let you know later how todays high plays out but it will be in the top 15 or less. And with lows forecasted in the low 30’s for the next several nights that will continue to be the case. At this time just had a brief shower and the temperature is now at 48 here. The 30 year average reading for 12noon at Grand Rapids is 61.2.
Slim

We are in an incredible cold spell!

Wow February weather in May!! Who knew?? INDY

32 degrees this morning and it will be colder tonight! We have an incredibly cold weekend and week on tap! Prepare now!!

37 here this morning so no frost, thankfully. Looks like frost is likely the next two nights.

Dense fog advisory this morning, but there is no fog at all. I’m guessing there is fog off to the west, as we are at the eastern edge of the advisory.

Yesterdays official high at Grand Rapids of 48 was the 4th coldest maximum on any May 6th and it was the coldest maximum since 1906. The official over night low of 33 will be the 9th coldest low for today. At this time it is foggy here with visibility of around a ¼ mile. The current temperature here at my house is 36.
Slim