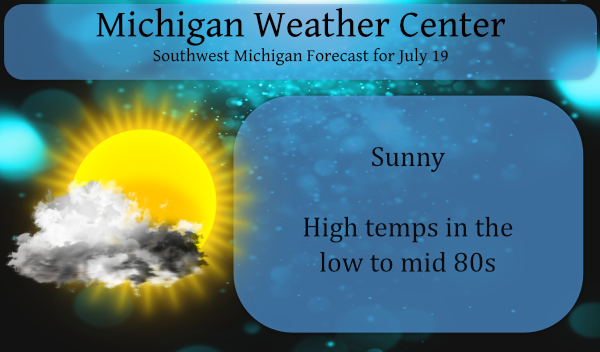 As you have probably noticed we have milky skies above us off and on over the past few weeks which is caused by fires out west and in Canada.  The jetstream has pulled in smoke from British Columbia, central and southern Canada last week which is a tinderbox as it is in the American west.  70% of these fires were caused by lightning – over 700,000 lightning strikes were recorded between June 30 to July 1st in British Columbia.

Seems there are active fires over a large area of Canada and the American NW due to extreme temps and dry conditions in the plains and large forested regions. Temps in Lyton BC have reached 121°F which is hot by Canadian standards (or in the U.S. for that matter).  Below is a map of active wildfires in Canada alone (red Dots): 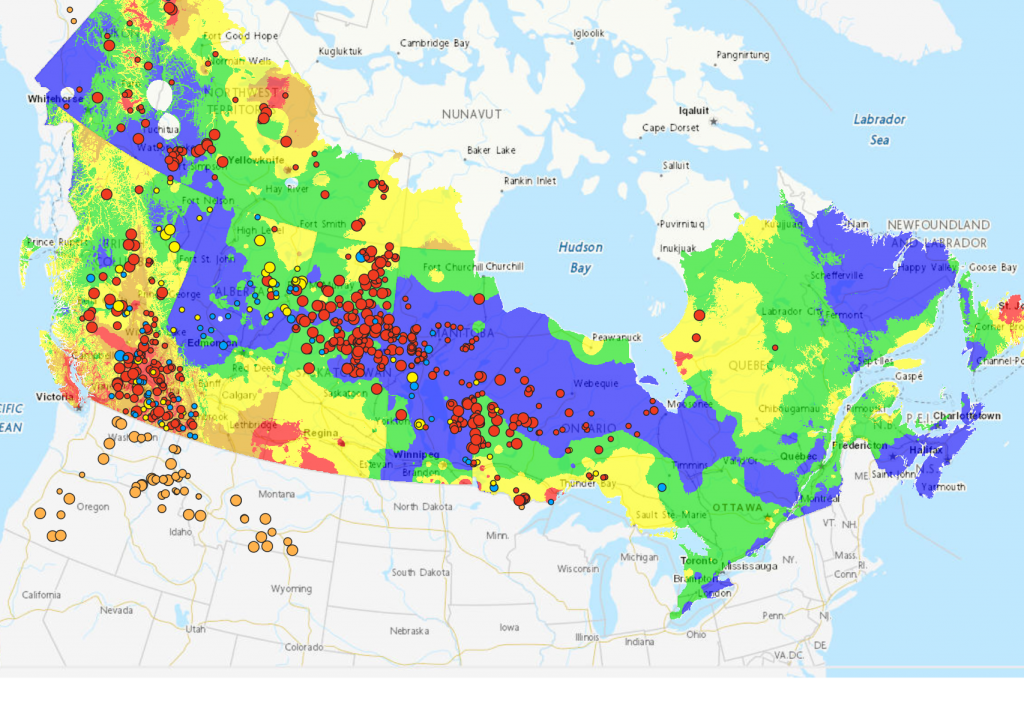 Luckily we have seen our conditions improve over the Great Lakes region over the past few weeks.  This week will be comparatively dry with warm temps as it should be in the latter half of July.  Today we will see mostly sunny skies with the haze once again overhead from smoke from the mentioned fires.  The best rain chances this week will be Tuesday evening and Thursday night.

The sun was beautiful this evening. Red with a haze by it.

MV – do you know what the blue, yellow, and orange dots represent?

Yesterday official high at Grand Rapids was 83 and that is exactly average. The overnight low here was 60 and the official overnight low at GRR was 63. For July the current mean is 71.5 and that is a departure of -1.3. At this time it is 63 here with white skies due to all the the smoke. While the sun is shining thru that thick smoke giving it a kind of reddish tint. It sure looks hazy out at this time.
Slim

We may get some really cool sunsets. 😎