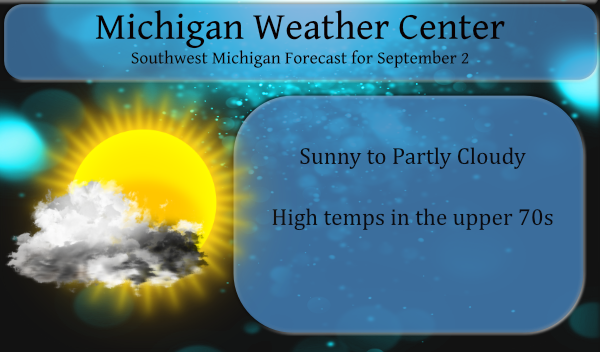 Met summer 2021 is now in the history books and we have the data from the NWS for your perusal.  The info from our Gaylord and Marquette offices hasn’t been released yet.  First, we have the info for August for SW Michigan and Lansing.  We ended up with above-normal temps and variable rainfall across the region mainly due to hit and miss popup showers and storms 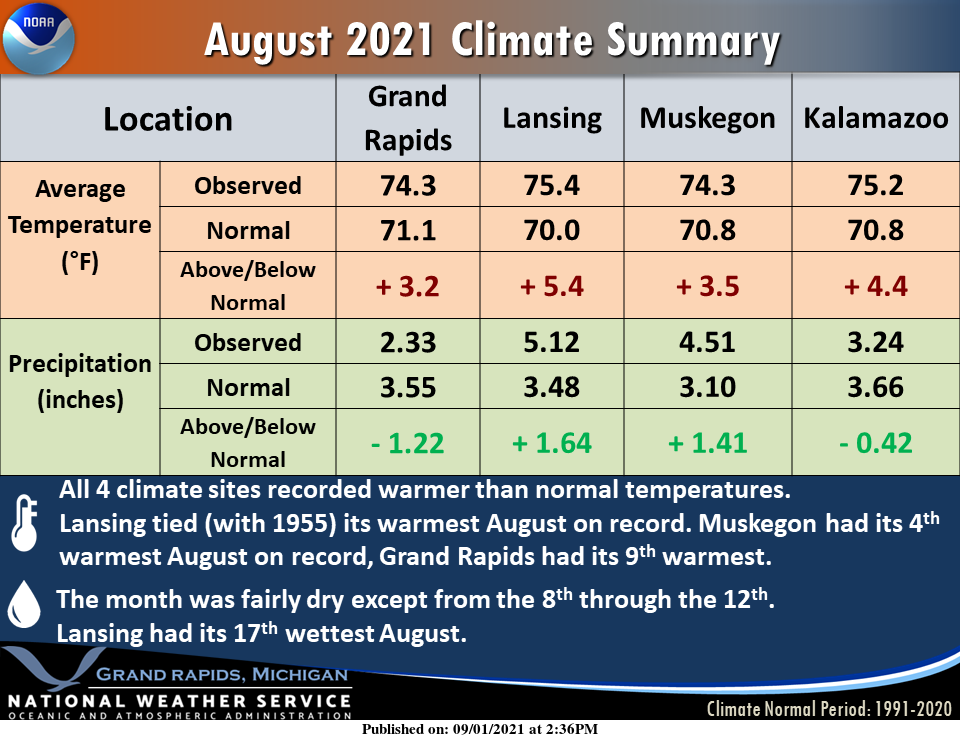 This is the summer wrapup for SW Michigan and Lansing.  Once again precipitation was variable around the region.  We ended up with 16.58 inches in Otsego – the largest accumulation was in June when we received nine inches. 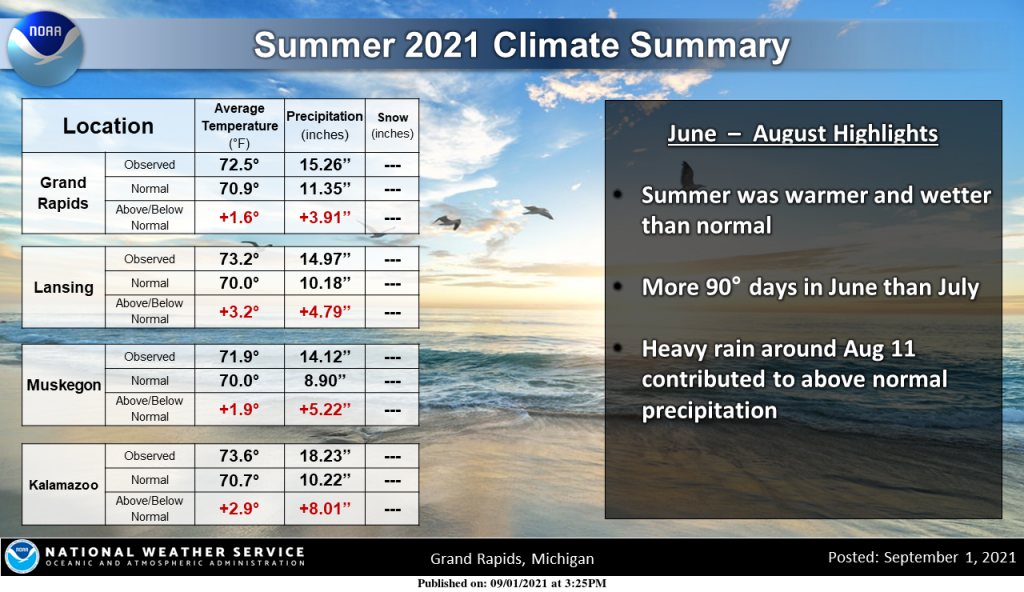 And finally, we have the data for SE Michigan for the summer: 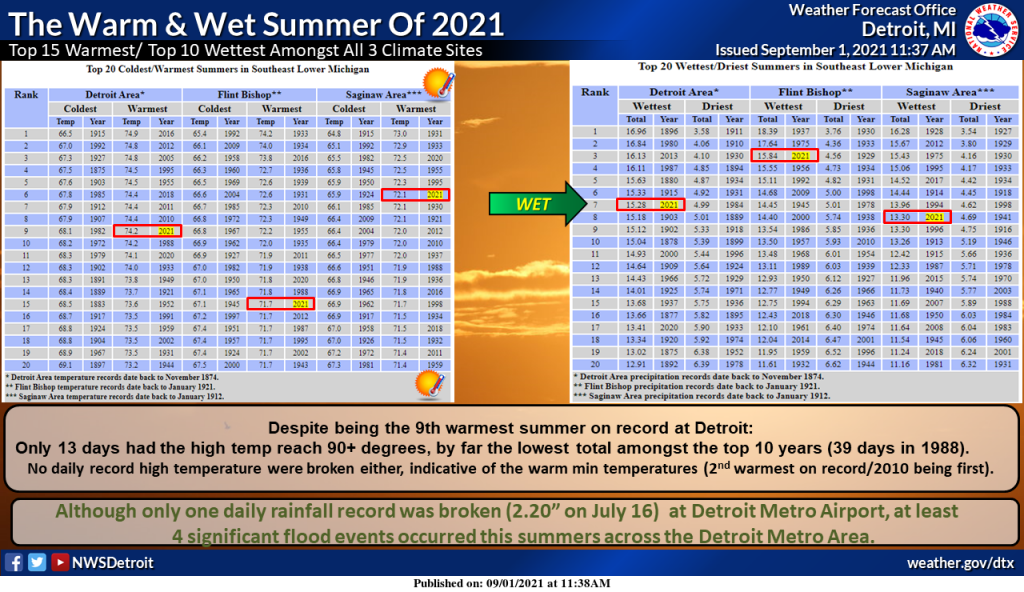 Summer for most of the region will be remembered for dry spells which lasted a week or more throughout the season, storms and some tornadoes, and of course the heat and humidity we had in August.  We now have a pleasant weather pattern to enjoy for the beginning of Met fall.

Let’s get some frost in September last time we had some frost was in May only 3 months ago crazzy ….FALL ..INDY ..

No frost… I still have stuff growing!!!

Phew, top 10 warmest summer for Detroit! I love it!

Did GR not specify the historical rankings of their summer?

Detroit has a top 20 while but Grand Rapids does not. My guess would be that this past summer was in the top 15 or better at Grand Rapids. As far as I know Detroit is one of the few if not the only location that has a top 20.
Slim

The overnight low here was 52 (52.3) at this time it is clear and 53 (53.1) with a dew point of only 48 (47.8) There are some very cool reading in both the UP and northern lower Michigan with 40 at Cadillac and Grayling 37 at Marquette. Temperatures in the low to mid 40’s were common away from the great lakes and I am sure some smaller locations got down into the low to mid 30’s and would not be surprised that there was frost in some locations.
Slim

The difference in temp and precip between GR and Lansing for the month of August is quite remarkable – considering it is less than one hour’s drive between the two airports.

Do you know if there was a change in the location of the reporting station for Lansing? In the past Lansing seemed to have colder lows at night then they do now. That was true in both the summer and winter seasons.
Slim

Not that I am aware of. As far as I know, it has always been at Capital City Airport.

Do you know when the NWS start keeping records? I see 1875 in the Warm and Wet grid above.

Very interesting, thanks for the info. I willing to bet that the reporting station was NOT at Capital City Airport during the 19th century.

51 here this morning, as well. It was nice to be able to wear pants whilst taking the dog for a walk this morning. Picture perfect morning.