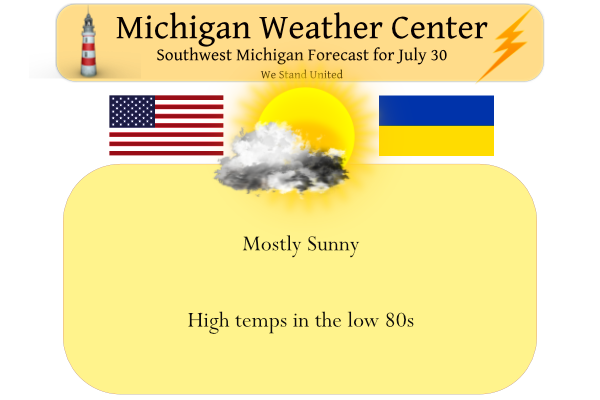 Tomorrow is the last day of July. Time sure is flying by.

Heat wave, what heat wave? No heat waves are in sight despite the hype of 100 degrees next week! What a joke!

Breaking news>>>>>today was another below normal temp day! This despite the constant warm weather hype from on here! Incredible summer so far!

With 92% of possible sunshine the official H/L yesterday at Grand Rapids was 78/60 there was no rain fall. So far the overnight low both here in MBY and at GRR is 58 and with clear skies that is the current temperature. For today the average H/L is 83/63 the record high of 101 was in 1916 and the record low of 50 was in 1956, 1965 and 2013. The weather looks to continue to be mostly clear and dry with just a slight chance of a few showers for the next week or so. All in all great late… Read more »

Yet another below normal temp day! Incredible week of temps! Wow, just wow!